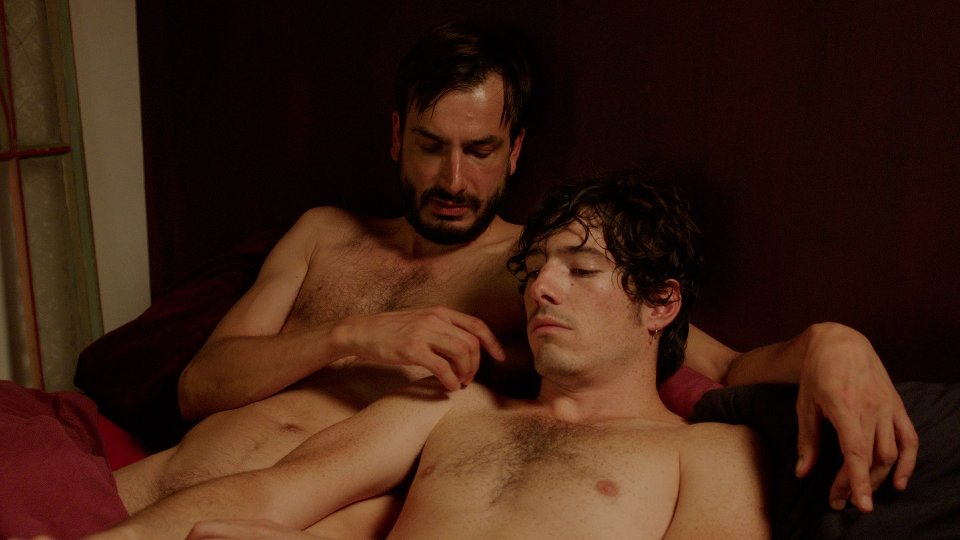 Author Lorenz Meran (Fabian Kruger) has to leave Berlin and return to eastern Switzerland when his mother’s (Sibylle Brunner) health takes a turn for the worse. Arriving back at his family home, Lorenz struggles to deal with his strong-willed mother who refuses to accept any help despite ageing getting the better of her. As he tries to do the best for her, battles with his own family and gets romantically entangled with a much young man Mario (Sebastian Ledesma), Lorenz realises that he has his own mid-life crisis to fight.

A Man, His Lover and His Mother aka Rosie is a film that genuinely surprises you. It tackles some very relatable issues and is a compelling and beautiful piece of filmmaking. At the heart of it is Rosie, Lorenz’s ailing mother who refuses to accept that she needs help and is determined to retain her independence as she nears the later years of her life. At first Lorenz becomes frustrated with Rosie and sees her as stubborn but as the film progresses he begins to understand that accepting your limitations isn’t something that’s easy to do.

Whilst he’s tackling his mother’s issues and clashing with his sister Sophie (Judith Hofmann) on the best course of action, Lorenz finds himself drawn to Mario, a young man who he last saw as a young boy. Sparks fly between the two and it doesn’t take long for them to get romantically involved but Mario reads much more into the situation that Lorenz wants. As Mario wants to get more serious, Lorenz pushes him away and it becomes obvious he isn’t dealing with his own issues, let alone those of anyone else.

At the root of the problems for Rosie and Lorenz is something in their family history but we don’t want to say too much as the revelation is surprising and casts the characters in a different light.

Sibylle Brunner is absolutely magnificent as Rosie. She brings so much warmth and believability to the role and her performance had us in tears on a few occasions. She interacts superbly with Fabian Kruger and the two actors are simply wonderful together. Kruger plays Lorenz perfectly bringing out his lust and letting it battle with his head. Also worthy of note in the movie is Sebastian Ledesma who uses his puppy dog eyes to try and get Lorenz into bed and subsequently to commit to a relationship.

A Man, His Lover and His Mother is a superb movie and one that is an incredibly rewarding viewing experience. The tightly woven storylines offer a few surprises and reach a satisfying, and very emotional, conclusion. There is plenty of humour along the way too and this is one of the most touching gay movies that we’ve seen in some time.

Watch the trailer for A Man, His Lover and His Mother below:

Advertisement. Scroll to continue reading.
In this article:A Man His Lover and His Mother, Fabian Krüger, Marlise Fischer, Sebastian Ledesma