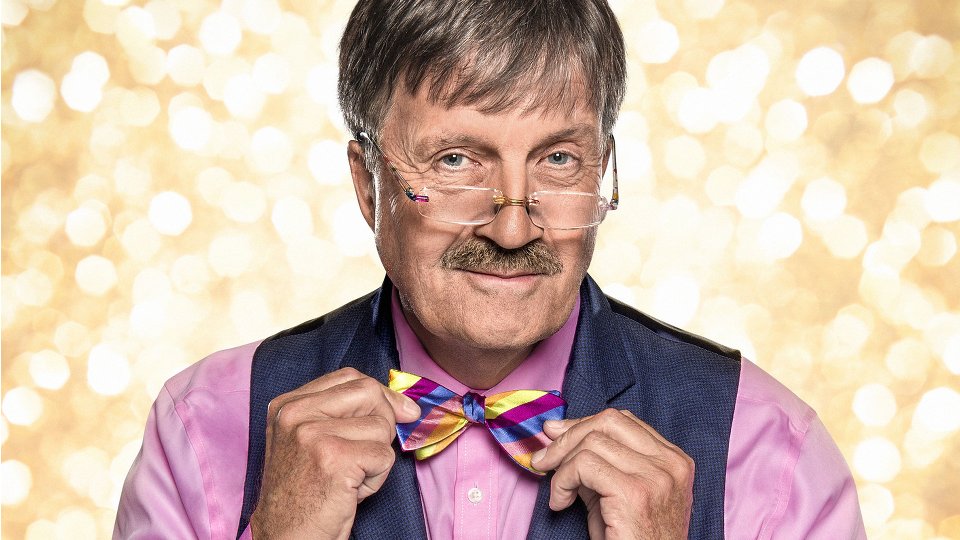 Bargain Hunt presenter Tim Wonnacott is best-known for hosting Bargain Hunt on BBC One but soon he’ll be seen dancing on the new series of Strictly Come Dancing.

Talking about why he signed up Tim says, ‘There are two million and one reasons why I’m doing Strictly. Two million people watch me do what I do on Bargain Hunt on daytime TV every day and this gives me a chance to show them another side, that I am not just Tim the antiques expert. And the two-million-and-first reason is that my wife has never had the opportunity to dance ballroom with me because I don’t know how to do it. But this year is our 30th wedding anniversary and I would love to learn a few moves and unlock my inner dancer.’

Does he have any previous dance experience? ‘No, I’ve never danced formally. I was never taught to dance. Some of one’s peer group were taught to dance at school and may have somewhat gripped the waltz or the cha-cha-cha or the quickstep, for some reason I never did and I haven’t really had any opportunity to seriously settle down and learn. It’s partly laziness on my part.’

Would Tim call himself competitive? ‘I must be competitive but I don’t feel that I’m overtly competitive. But in my way, I like to achieve things. Do I have an incredible burning desire to come first? Not necessarily but I would quite like to be in the pack. I wouldn’t mind winning! How realistic is that prospect, I don’t know. I don’t think it’s at all realistic in my heart of hearts but who knows? I haven’t done it before!’