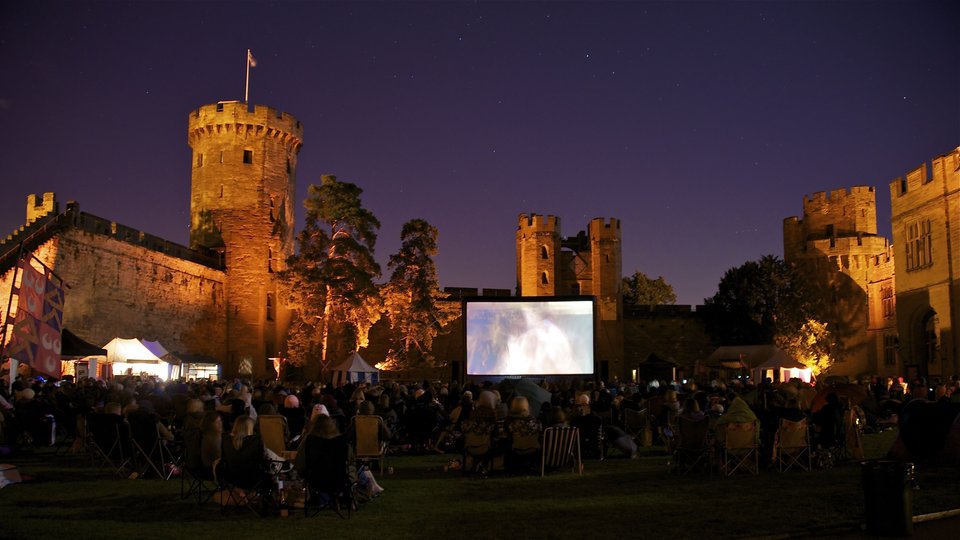 The king of all outdoor cinema events has returned! It’s been a long wait but The Luna Cinema is back with screenings taking place in some amazing locations. To celebrate their new season, we’ve teamed up with our friends at The Luna Cinema to offer you a chance to win a pair of tickets to Raiders of the Lost Ark – taking place on July 31st at Ascot Racecourse in Berkshire!

With over seventy screenings of classic films on giant screens across the country, from Royal palaces and medieval castles, to racecourses, famous London parks and even an open-air swimming pool, it promises to be an unforgettable summer of cinema under the stars.

The Luna Cinema have announced that the UK’s largest season of open-air cinema is going to be supported by Benefit Cosmetics.

Helping to create the ultimate entertainment experience, Benefit will be on hand to provide complimentary makeovers giving guests screen-siren looks as well as hosting VIP areas alongside giveaways of some of their iconic beauty products – there will even be the chance to walk the pink carpet!

Screenings include 80’s classics such as Top Gun at Kew Gardens, Dirty Dancing at Ascot Racecourse, and Back To The Future at Greenwich Park (on the meridian line), through to classics such as Breakfast At Tiffany’s at Kensington Palace, The Birds at Opera Holland Park and a special 50th anniversary screening of Goldfinger at Regent’s Park Open Air Theatre.

The line up also includes some of this year’s biggest films including The Wolf Of Wall Street at Hatfield House, Captain Phillips at Hampton Court Palace and Gravity at Kew Gardens, Greenwich Park and Warwick Castle. Those looking for something a little different can opt for a VIP experience at Brockwell Lido and watch Jaws from an inflatable dingy on the water! The public can choose which films they’d like to be shown at One New Change, St Paul’s and Brockwell Lido by casting their vote at thelunacinema.com.

To win a pair of tickets to The Luna Cinema screening of Raiders of the Lost Ark on July 31st, just answer the question below.

In this article:Competition, Raiders Of The Lost Ark, The Luna Cinema