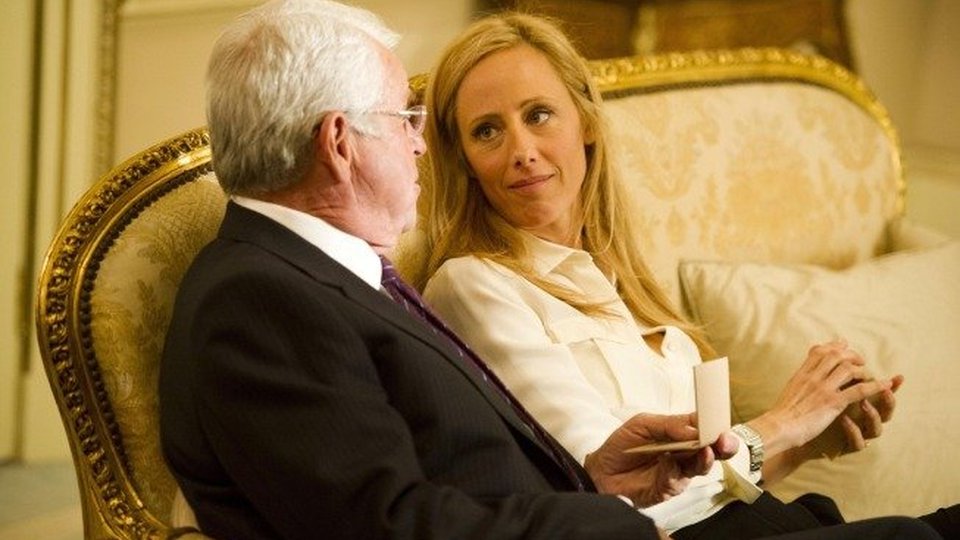 Oh 24! How could you do it to us? You took us to the brink and pushed us right over the edge until tears flooded from our eyes.

If you haven’t seen the latest episode of 24: Live Another we suggest you stop reading now so we don’t spoil anything. If you have seen it keep reading to relive the action.

Tonight’s episode stirred up a whole heap of emotions serving up an ending that was both epic and heartbreaking….we’ll get to that later.

The episode opened with Kate (Yvonne Strahovski) escorting Simone (Emily Berrington) to the CIA infirmary and being told there’s no chance she’ll be able to talk to Simone for at least a couple of hours. You know what that means on 24… In desperation Kate called Jack (Kiefer Sutherland) to update him on Simone’s condition. He told her to put pressure on the doctors to bring Simone out of her unconscious state regardless of if it kills her.

Meanwhile Margot (Michelle Fairley) and her son Ian (Liam Garrigan) left their location as they realised the CIA was on to them. Ian wasn’t particularly happy that Margot planned to follow through and deactivate the drones if the President (William Devane) kept his promise. Someone else dodging the law was Navarro (Benjamin Bratt) who informed his hitman to pursue Jordan (Giles Matthey) and finish him off after the near-miss in last week’s episode.

Jack came face-to-face with President Heller who told him that he was prepared to hand himself over to Margot as long as Jack helps him. After showing Jack the video exchange he had with Margot a shocked Jack tried to talk him out of it but there was no changing Heller’s mind especially as he’d already written his resignation letter. Jack refused and insisted there was time to stop the attack happening which prompted Heller to reveal his Alzheimer’s diagnosis. Jack eventually came round and agreed to help Heller get to Wembley without anyone finding out.

As Heller turned to Mark (Tate Donovan) to ask for his ‘last service’, Jack called Kate pushing her again to get the CIA medical team to wake Simone up. After asking politely Kate pulled a gun to get her way and a drowsy Simone revealed Margot’s location but warned she wouldn’t be there. She did divulge that Naveed had hidden evidence under the floorboards and told Kate she had no idea where her mother might have gone. Then she went into shock and the medical team had to jump in to save her.

Back at Heller’s base he asked Mark and Jack to work together to formulate a plan that results in him getting to Wembley undetected. Jack made his requests and Mark was surprisingly helpful for once. A staff meeting was organised to clear the location so Jack could sneak Heller out. Heller meanwhile said goodbye to Audrey (Kim Raver) in a touching way without her suspecting anything was going on.

With Mark lending him a hand, the operation began to get Heller out of the building without anyone finding out. First he had to cut out the President’s tracking device and then armed with the security detail for the secret service, Jack almost managed to get Heller out without having to take anyone down. Within minutes Jack was loading Heller onto a helicopter and heading to Wembley Stadium for the handover to Margot.

The CIA team arrived at Margot’s former hideout and pulled up the floorboards discovering the disk. Under Kate’s instruction then uploaded it to the CIA server and Kate had it patched through to Chloe (Mary Lynn Rajskub) so she could start work trying to prevent Heller being handed over to Margot. Jack checked in on arrival at Wembley and Chloe assured him she would do everything she could but she wasn’t certain she could crack the disk found at Margot’s.

Inevitably the moment arrived when Audrey discovered her father was gone and had agreed to had himself over to Margot. Distraught she hit out at Mark when she realised he not only knew but had helped him and kept it from her. Mark fought back and told Audrey to keep the information to herself.

Elsewhere in the episode Jordan tried to stay out of the way of Navarro’s hitman. After managing to call a surprised Navarro to request help, Jordan realised his boos was behind the attack when no one came to his rescue. A fight with the hitman took place leaving Jordan with a stab wound (and maybe dead?) and the hitman with bullets in his chest and definitely dead! Kate meanwhile was getting suspicious about Jordan’s whereabouts. How long until she discovers what Navarro is up to? Adrian Cross (Michael Wincott) popped up again to check that Jordan was dead and to try and entice Chloe back.

The episode came to a close with one of the most epic moments in 24 history. Heller arrived with Jack at Wembley Stadium and told him he’d arranged a pardon so Jack could return to his life once the day was over. Chloe separated out three streams of drone data from the disk but couldn’t figure out what they all were in time for it to matter. Heller then took his place in the middle of the pitch as Margot had requested. As he stood there, Margot and Ian looked on, moved a drone close and fired it. A huge explosion took place, Heller is seemingly dead and Margot didn’t look as happy as you would have expected her to.

24: Live Another Day continues Mondays at 9/8c on FOX in the US and Wednesdays at 9pm on Sky 1 HD in the UK.

Advertisement. Scroll to continue reading.
In this article:24: Live Another Day