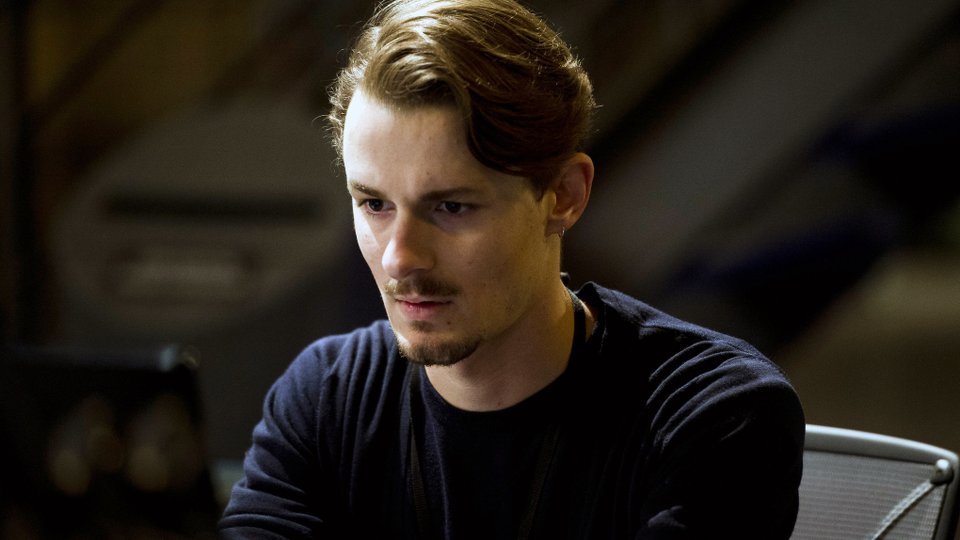 Just when we thought the new season of 24 couldn’t get any more intense it’s proven us wrong!

If you haven’t seen the latest episode of 24: Live Another Day we suggest you stop reading now. If you have keep reading to relive all of the action from the episode.

Last week’s episode left the life of Simone Al-Harazi (Emily Berrington) hanging in the balance after she chased her niece across London and ended up lifeless on the road after a run-in with a bus. We also had the shock reveal that Navarro (Benjamin Bratt) had framed Kate’s (Yvonne Stahovski) husband and was worried about Jordan (Giles Matthey) being on his trail.

Tonight’s episode picked up with the aftermath of Simone’s accident and she survived! As she was carted off to hospital, her niece told police that she’d killed her mother. At that stage though no one really knew who Simone was so Margot (Michelle Fairley) was safe for now.

Jack (Kiefer Sutherland) and Kate were tying up loose ends following the shoot-out with Rask and Chloe (Mary Lynn Rajskub) informed them that the number she found on Rask’s bank account was linked to Simone. She also revealed that Simone had been hit by a bus and told Jack that she’s been taken to St Edwards Hospital. A message then popped up on Chloe’s screen telling her to leave her location and as she looked out of the window she saw the police had found Open Cell’s base.

Jack and Kate rushed over to the hospital and made contact with President Heller (William Devane) who assured them he would get Simone put under guard to prevent anyone getting to her before they did. Heller granted Jack full authority to do whatever he needed to and was surprised when Jack revealed that Prime Minister Davies (Stephen Fry) had scuppered the operation by sending MI5 in. This led to an explosive confrontation between Heller and Davies about the incident. The Prime Minister also tackled the issue of Heller’s illness which resulted in an abrupt exchange that saw the two men agree to work together. Moments before Heller received the location and contact details from Margot to give himself up.

On her way to the hospital, Simone remained unconscious but a paramedic answered her ringing mobile phone. Of course it was Margot on the other end meaning that she had finally caught wind that her daughter could compromise her planned attacks. In true motherly fashion Margot arranged for one of her contacts in the area to ‘do what has to be done’. Would she really kill her own daughter?

At the hospital Jack and Kate arrived and decided that divide and conquer was the solution. Kate went to find Simone’s niece and learned of the family relationship and the fact that Simone had tried to help them before she stabbed her mother. As Kate was playing investigator Jack waited impatiently for Simone to regain consciousness so he could question her and Margot’s hit-man stole himself a hospital uniform to get closer to her.

Kate informed Jack of Simone’s relationship to the little girl found at the scene and headed back to him. Over-hearing everything Margot’s hit-man informed her that Simone’s identity was now known and that her niece was still alive. Margot then instructed her son to get everyone to pack up and leave the location but first she wanted to fire another drone right at the hospital to finish Simone off.

As Simone regained consciousness Jack indulged in a bit of torture to try and get her to speak. It back-fired and the pain made Simone pass out meaning Jack and Kate learned nothing new. As he expressed his regret for his actions, Jack noticed Margot’s hitman and a chase ensued. Before he got chance to question the man, British police shot him dead. Jack did find a phone on the dead man and discovered that Margot was planning to attack the hospital. He instructed everyone to spread the word and evacuate the hospital.

Jack carried Simone out of the hospital and told her that Margot was sending a drone to attack the hospital whilst Kate searched for Simone’s niece Yasmin to ensure her safety. Just as they got safe distance away from the hospital the first missile was launched causing devastation at the hospital. What followed next was a thrilling car chase around London as Margot and her son fired missiles to try and kill Simone (and Jack and Kate too!). Jack’s too smart for that though and used a car-change tactic to fool Margot and escape.

Once clear of danger, Jack received a request to go to see Heller and instructed Kate to take Simone to the CIA base so she could be treated at the infirmary.

Elsewhere in tonight’s episode Jordan had the realisation that Navarro may be up to something after he was sent to receive a package from a houseboat on the canal. Upon arriving he was shot and fell into the water but managed to find safety as he took in what had happened and considered his next move. As for Navarro it was revealed that the person he’d been colluding with to frame Kate’s husband was none other than Adrian Cross (Michael Wincott).

President Heller asked Mark (Tate Donovan) and Audrey (Kim Raver) to arrange a transition with the Vice President as soon as they returned to the US. Now his secret is out it’s only a matter of time before everyone knows and Heller wants to go out with his pride intact. Mark also had some more shady dealings with the Russians who told him they knew he’d forged Heller’s signature on the order to hand Jack over to them. They used that information to bribe Mark to agree to handing Jack over otherwise they would reveal that he’d committed treason.

As the episode drew to a close Heller contacted Margot and asked for her assurance that if he hands himself over she’ll stop the attacks. She gave him her word and he uttered ‘my decision has already been made’. Is he really going to hand himself over?

24: Live Another Day continues Monday at 9/8c on FOX in the US and Wednesday at 9pm on Sky Atlantic HD in the UK.