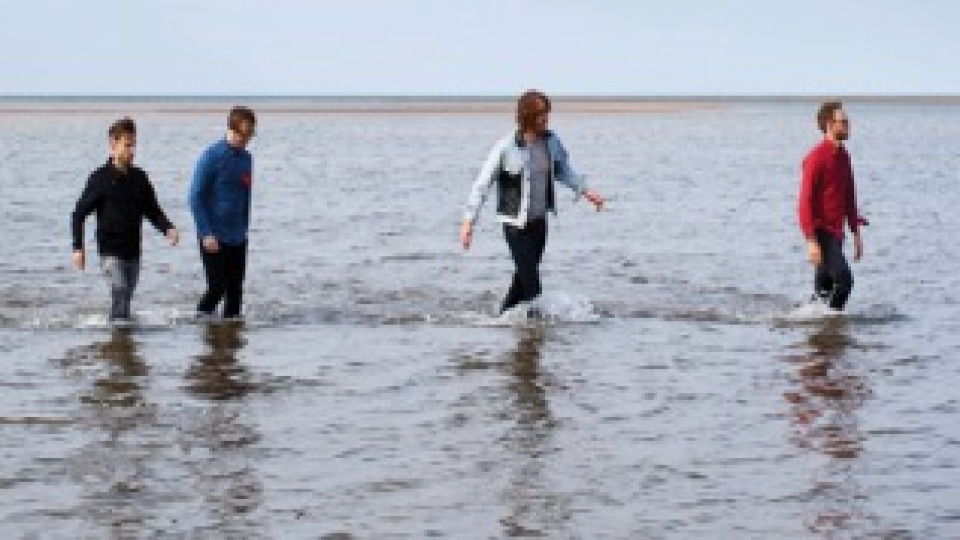 The Hoosiers return for their third studio album, The News From Nowhere and it’s been a long time coming for fans of the band. For some reason The Hoosiers seem to have to convince an increasingly dubious audience of their credentials every time they surface. This escapes me because The Hoosiers are a band who wear the hearts on their sleeve and who have always produced solid material which they can be infinitely proud of.

We kick off with Somewhere in the Distance. The sweeping intro to this is a huge statement of intent from the band and their sound for this album. Flowing with catchy melodies and hooks, this is a great start to the collection. Next up is the single Make or Break (You Gotta Know), a fabulous, ‘fist thumping the air’ anthem which instantly transports you into a John Hughes movie with its 80’s high-school dance vibe both dazzling and delightful. My First Fight follows on with a contemplative core that fits into the line-up well and makes the album’s first three tracks stand well.

Fidget Brain starts off unremarkably but ends on a rousing high and is still catchy in its own way. Handsome Girls & Pretty Boys follows suit and sounds a bit Blur-like towards the end. The title track The News from Nowhere is a surprising addition, with a melancholic vibe that challenges the bands carefree image – something that they have been unfairly tarnished with in the past. The Hoosiers may like to joke around (and I for one think that they are hilarious!) but this seems to have wrongly come at the expense of some integrity, which is completely unfair.

Rocket Star marks a slight pick-up in tempo with To The Lions bringing things back to familiar territory. The catchy chorus aside, the track is very well put together and is a choice addition to the collection. Upset leaves you anything but, with another 80’s vibe that permeates the song with toe-tapping beats and a layered sprinkling of melodic electronica. Weirdo is a solid track that ends in a fantastic and haunting way. Impossible Boy begins to end the new album in a lofty but reflective manner, with instrumentals that completely take you away. Nathan’s Loft marks off The News From Nowhere with a dreamscape that lulls you in minutes.

The News From Nowhere is a melancholic collection of tracks that mostly sits well, with a mature sound that gives their latest collection some real credit. It’s perhaps not what people were completely expecting, especially after the first three tracks, but it’s a great set from a band that deserves their moment in the sun. There are enough good tracks here to give them the exposure they need and with a headline tour coming in May, hopefully this will mark some resurgence for The Hoosiers and their music.

In this article:Irwin Sparkes, Make or Break (You Gotta Know), The Hoosiers, The News From Nowhere