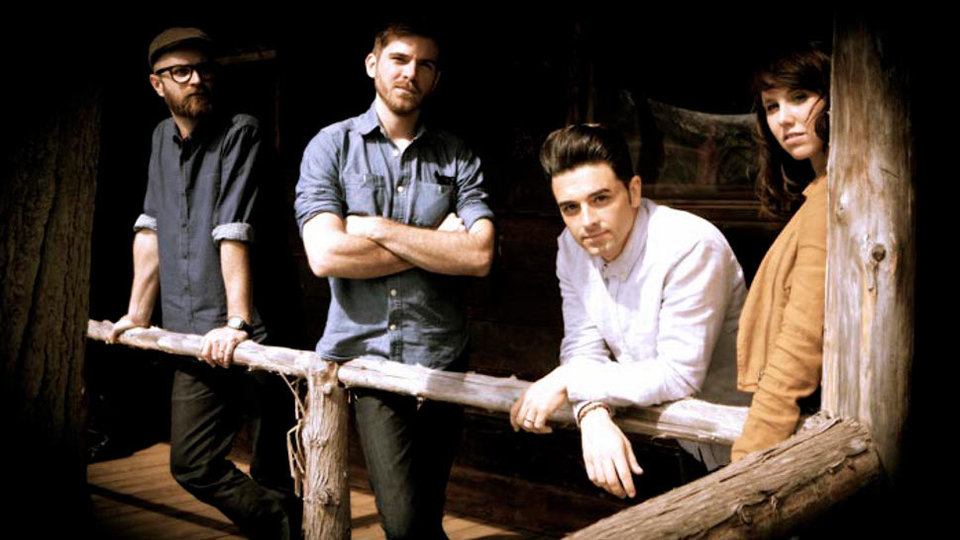 Twin Forks is a band comprised of members of Dashboard Confessional, The Narrative and Bad Books but to front man Chris Carrabba Twin Forks is all about the music. The bands self-entitled debut is out now and is filled with anthems and mellow songs, which the band are proud of. We gave the album a spin and here are our thoughts.

The first track on the album is Can’t Be Broken, which starts off with a mellow melody but don’t be fooled there’s more to this track. Indeed once the chorus kicks off the track reveals a folky rhythm that’s both infectious and catchy. Before you know it you are clapping along to the beat and feeling the urge to dance. Cross My Mind picks up where we left off and Twin Forks knack for a catchy melody is hearable. Kicking off with a bit of whistling the song is a sweet tune with a pop feel to it. Admittedly we prefer the folkier tracks on the album and Back To You delivers that in spades. We love this track with it’s folk underlay and a clever chorus. Back To You is a beautiful track with a nostalgic feel to it, which is perfect for this season.

Moving on to something a little different with Kiss Me Darlin’. This one will appeal to fans of country music which is the main inspiration for this track it would seem. Even if you don’t like country the track won’t put you off as it’s still quite poppy. Scraping Up The Pieces is also quite different with that sea shanty feel this one will give you the urge to drink ale sing silly songs. Then comes Something We Just Know, which takes you back to a folkier sound, which we love about this band. The track is quite nostalgic both lyrically and in melody and all that contributes to its beauty. If you like tracks that are easy to sing along to then this one is the track you’ll fall in love with on this album.

Both Danger and  Reasoned and Roughened are nice ballads on the album, which change to mood of the record. Next is Plans For Ya, which will sound quite familiar to anyone listening to the likes of Michelle Branch in the nineties. Of course it’s still a little different but the style is familiar and we love that type of (cheesy) music. We continue our journey into Twin Forks’ world with their haunting ballad Done. The soft song has a dream-like quality and is layered with subtle melodies.

For something yet again a little bit different move onto Come On. Whilst the breathy singing during the verse is a little annoying, Come On makes up for it with its infectious chorus. We love it! Last but not least is Who Is Looking Out, which will remind you of the likes of Iron & Wine.

Drawing comparisons to bands such as Mumford and Sons is easy with Twin Forks. But then again Mumford and Sons have had a few albums out and tired some of their fans where’s Twin Forks’ sound is fresh and new. There are other influences that we love on the album mainly American but of music eras we simply adored. Twin Forks should be proud of this debut as it sounds fantastic and accomplished.