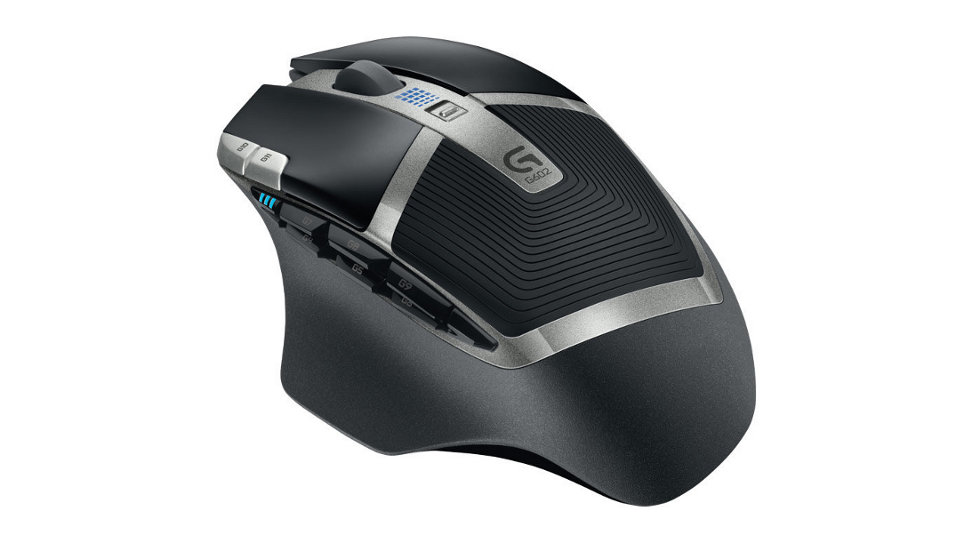 Like many gamers we were rather excited a few years ago when wireless mice first became available. It meant we could finally be free of the wire which occasionally gets in the way just when you don’t need it to. Sadly it didn’t take us long to ditch our wireless mice and go back to wired models thanks to poor performance, frustrating lag and their endless hunger for batteries. We’ve been spending some time with the new Logitech G602 Wireless Gaming Mouse to see if it can change our mind.

The first thing that got us excited about the Logitech G602 was its claims of long battery life. The mouse is capable of a superb 250 hour run in performance mode and an astonishing 1440 hours in endurance mode – all off 2 AA batteries. A really neat feature is that the mouse will work off a single battery. You only get half the gaming time but we’ve all been in a situation when you go to grab some new batteries and only have one spare one. If you prefer a lighter mouse the single battery feature will also be useful.

You can switch between these modes at any time using a little toggle switch behind the scroll wheel. When in performance mode the LED’s on the top glow blue and they change to green in endurance mode or cyan if the battery is running out. Endurance mode is designed for when you are not gaming but we found it worked well when gaming too. When not in use you can also turn the mouse off with a toggle switch on the bottom.

Getting the mouse working was a breeze and simply required plugging in the tiny USB wireless nanoreceiver. Within a minute we were up and running and ready to play. To get the most out of the mouse you can also install the Logitech Gaming Software which lets you customise the button mappings and tracking profiles for your games. It also provides pre-configured customisations with automatic game detection.

The wireless receiver operates at 2.4 GHz with the full bandwidth dedicated to the mouse. It communicates 500 reports a second which translates to one report every two milliseconds. This ensures a lag-free experience which we are happy to confirm. For best results you should have the receiver close to the mouse but it does have a range of up to 3 metres.

On the underside of the mouse is Logitech’s Delta Zero sensor which is designed for high accuracy and battery life. The sensor is capable of resolutions up to 2500 DPI which isn’t as high as many other high-end gaming mice. However it is more than enough for most gamers and we found the mouse great to use in all types of games. Two buttons to the left of the left button are designed for changing the DPI on the fly which is especially useful in FPS games.

The Logitech G602 fits nicely in your hand as long as you are right-handed. Where your palm rests is a lovely soft rubber texture. The sides of the mouse are slightly rough in texture for extra grip and there is a nice thumb rest on the left. The side buttons are a black plastic.

In total there are 11 programmable buttons present on the G602 featuring mechanical switches each designed for at least 20 million clicks each. On the left side are two rows of three buttons for your thumb to press. We found they took a little time to get used to but after that pressing the one you want becomes second nature.

Without a doubt the Logitech G602 is the best wireless gaming mouse we’ve ever used. While gamers tend to opt for a wired mouse we feel many would change their minds after some time with the G602. It’s comfortable to use for long sessions and simple to configure for any game. It also performs well in any genre of game and we’ve been particularly impressed when using it for MMO’s such as World of Warcraft and Action-RPG’s like Diablo 3. If you’re in the market for a new gaming mouse and fancy ditching the wires then be sure to give the Logitech G602 some serious consideration.