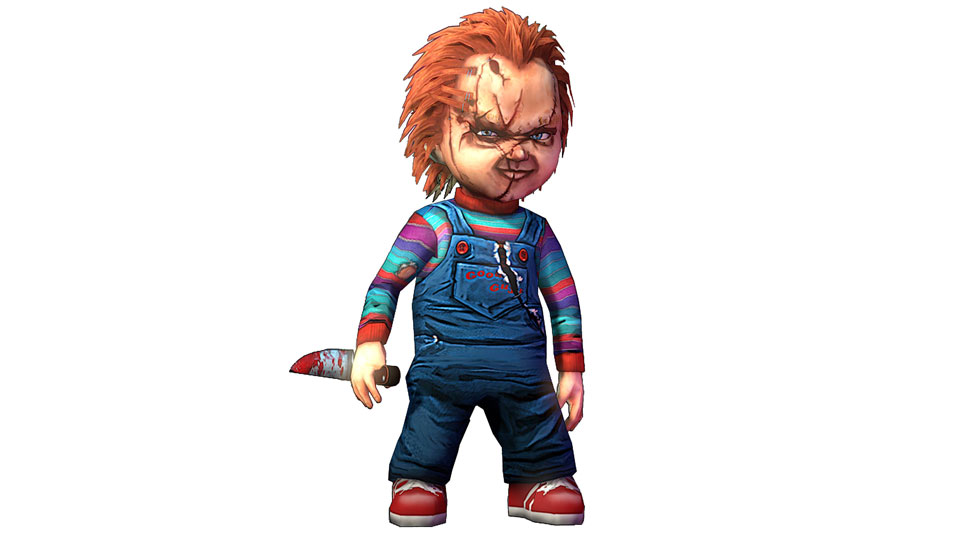 Considering that the Child’s Play series has been entertaining audiences since 1988 it’s pretty amazing to think that we’ve never seen the iconic killer doll Chucky in his own game. Though it’s been rumoured over the years and some studios have tried to bring him his own game, it’s never happened. Following the release of the newest Chucky movie Curse of Chucky, Slimstown Studios have released the first ever licensed game based on the series called Chucky: Slash & Dash.

When we first heard about Chucky: Slash & Dash we were pretty excited that Chucky was finally going to be getting his own game. Exclusive to iOS the game is an endless runner, a decision which drew comment from fans when it was first announced. Honestly it’s not the kind of game we’d expected Chucky to get but as endless runners are all the rage we thought we’d give it a go and see what it’s like.

Before you begin playing you can choose whether to be Chucky or his doll bride Tiffany. We didn’t really find that much difference between the two characters but it’s always nice to have a choice isn’t it? Once you’ve selected which doll you want you can choose from three difficulty levels before entering into the game. The most logical to start with is Normal until you suss the game out and graduate to the higher difficulty levels.

All of the action of Chucky: Slash & Dash takes place within the Good Guy factory as you navigate your doll through the maze like setting avoiding obstacles and hazards and killing security guards. The game is based on lanes offering up to three lanes to choose from for most parts. Swiping your finger to the left of right moves yours doll into the lane of your choice so you can collect batteries which are scattered around the environment. Swiping up allows your doll to jump, swiping down makes them roll and slashing diagonally across the screen results in a kill if you time it properly when approaching a security guard. If you manage to execute your kills properly you build up experience points which allow you to unlock different weapons and kill styles which is a nice touch, after all Chucky hasn’t ever been associated with just the one weapon has he?

There are times during the game when the three lines become one single lane littered with obstacles which is the more challenging part of the game. You need to ensure your timing is spot on otherwise the amount of obstacles you encounter quickly become very difficult to navigate through and you’ll find yourself getting very frustrated.

The game has a few issues that hamper its gameplay. Firstly the movement of your doll isn’t as responsive as it needs to be at points and this often results in hitting an obstacle or failing to kill a security guard. The timing can be tricky to get used to which is a bit frustrating and it feels like you can do the same action over and over but you don’t always get the same result. Secondly if you choose to continue your run after losing a life, it can sometimes put you right in front of an obstacle which means as soon as you resume play you smack straight into it again and don’t have time to try and dodge it.

Visually Chucky: Slash & Dash is fairly decent. Chucky and Tiffany have been rendered impressively and fans shouldn’t find much fault with the way that either looks. The Good Guy Factory too looks fairly decent but the image quality is a little blocky and blurry at times making the game feel a little old-fashioned. The graphics could definitely have been that bit sharper.

Chucky: Slash & Dash is a mixed gaming experience. It’s better suited to the bigger screen of the iPad than it is any other iOS device but the gameplay is what really lets it down. Honestly we wouldn’t have chosen to put Chucky into an endless runner game as it really limits what you can do with the character and there are so many on the market that this simply isn’t different enough. We admire the fact that Slimstown Studios have tried to bring Chucky to life in a game and that they’ve tried to do something a bit different with an endless runner but ultimately Chucky: Slash & Dash is run of the mill with little variation on other games in the same genre.