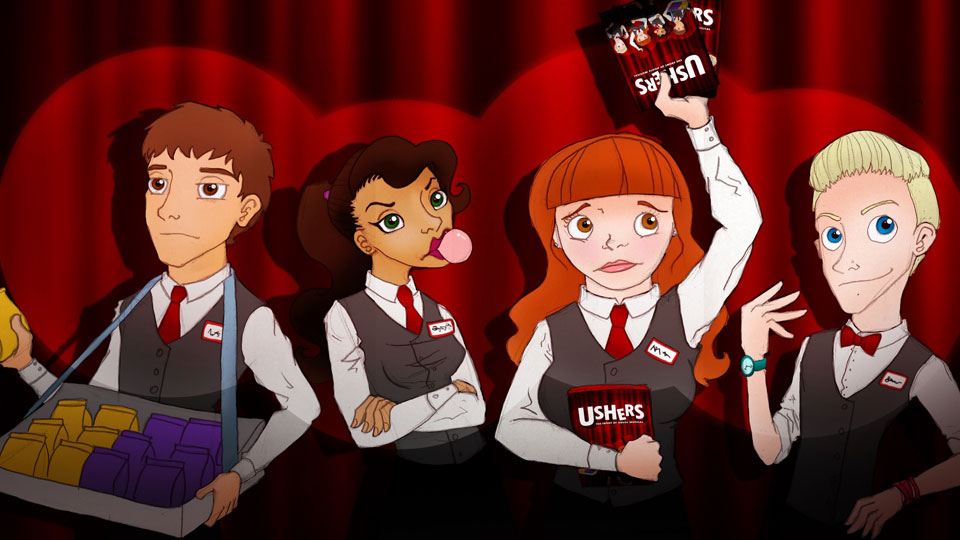 Ushers: The Front of House Musical is to premiere at the Hope Theatre from Tuesday 3rd December 2013.

The new British musical shines a spotlight on the stagiest people in Theatreland and shows that it’s often off-stage where the real drama happens. The synopsis for the show is:

Join four programme-wielding ushers as they embark on just another shift working Front of House at a West End theatre. With a preview performance of a new jukebox musical imminent, a three-year workplace romance on the rocks, an untrained newbie on her first shift and an amorous manager under pressure to cut costs, what could possibly go wrong? With big, bold company numbers, Fosse-like ice-cream tray choreography and a script with heart, soul and an ice-bucket full of laughs, USHERS promises to be a unique theatrical experience this festive season, telling the hilarious, ridiculous and moving stories of the ice-cream sellers who dare to dream.

Ushers: The Front of House Musical will star Liam Ross-Mills, Will Jennings, Abigail Carter-Simpson, Chloe Brooks, Ralph Bogard and Ross McNeil. It has a book by James Rottger, music by Yiannis Koutsakos and lyrics by James Oban and Yiannis Koutsakos, with additional lyrics by James Rottger and Maia Henry. It is directed by Max Reynolds with musical direction by Michael Riley and choreography by Russell Smith. It is produced by James Oban for Kouban Productions Ltd and co-produced by Emily Brazee. Casting is by Benjamin Newsome.

For more details and to book tickets head over to www.TheHopeTheatre.com

In this article:Ushers: The Front of House Musical