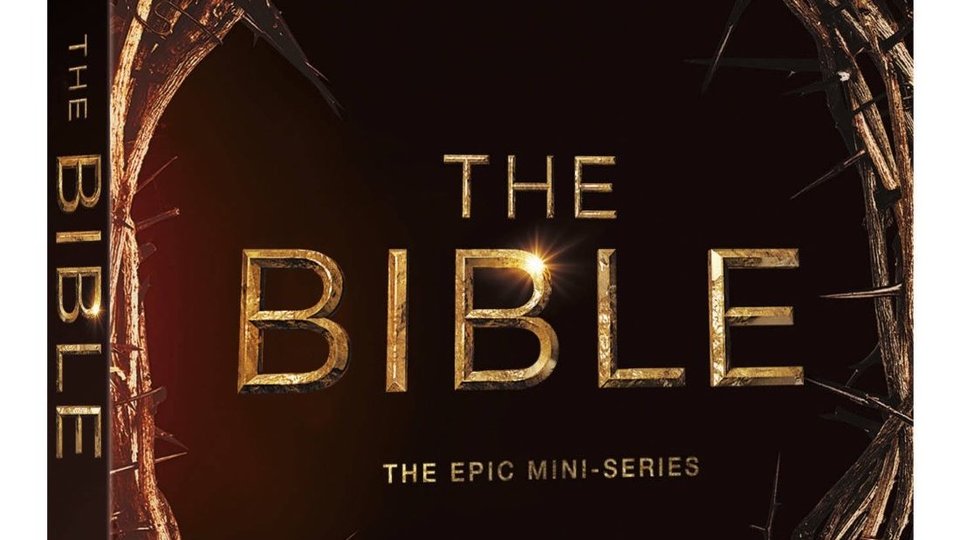 The Bible coming to DVD and Blu-ray

From Executive Producers Roma Downey (Touched by an Angel) and Mark Burnett (The Voice, Survivor) comes The Bible — the Emmy® nominated, epic 10-hour mini-series debuting on Channel 5 on November 30th and coming to Blu-ray, DVD and Digital HD on December 26 from Twentieth Century Fox Home Entertainment.

The Bible features powerful performances, exotic locales and dazzling visual effects that breathe spectacular life into the dramatic tales of faith and courage from Genesis through Revelation. This historic television event has been a huge success in the USA and continues to entertain and inspire across the globe.

“We are honoured and excited to bring The Bible series to the UK audience,” said executive producers Roma Downey and Mark Burnett. “This is such a wonderful time of year for families to be able to share the stories of the Bible and it is a great home coming for us.”

Following the series airing the four-disc Blu-ray and DVD box sets will be available to own. The box set dives deeper into the making of the series and features a behind-the-scenes look at how the ground-breaking docudrama came together. Interviews with producers, directors, and cast illustrate creative collaboration on-set and off and show how the remarkable Moroccan scenery was transformed into the world of the Bible.

The special features will captivate Blu-ray and DVD audiences, including:

• The Bible: Genesis – With Mark Burnett and Roma Downey as our guides, we discover how the team approached the daunting task of filming the stories of the Bible

• The Cast of The Bible – Highlighting the international cast, we join Mark and Roma on their search for the perfect actors to bring the characters from the Bible to life

• The Bible: Creation – An emotional three-part journey through the making of THE BIBLE

o Creation I: The Vision, The Look – Discover the vision of producers Roma Downey and Mark Burnett in this behind-the-scenes look at how The Bible was created including the incredible team, beautiful location, high-quality production and superb costume design

o Creation II: Production Stories – An exclusive behind-the-scenes look at the challenges faced by the production – including the supernatural experiences with snakes on set – plus Diogo’s approach to portraying who he has called the most complex figure in human history

o Creation III: Crucified & Resurrected – A deeper look into the emotional filming of the crucifixion, resurrection and the last days in Morocco

• The Bible: Visual Effects – A montage of the striking visual effects that make The Bible the most high-quality Biblical epic of all time