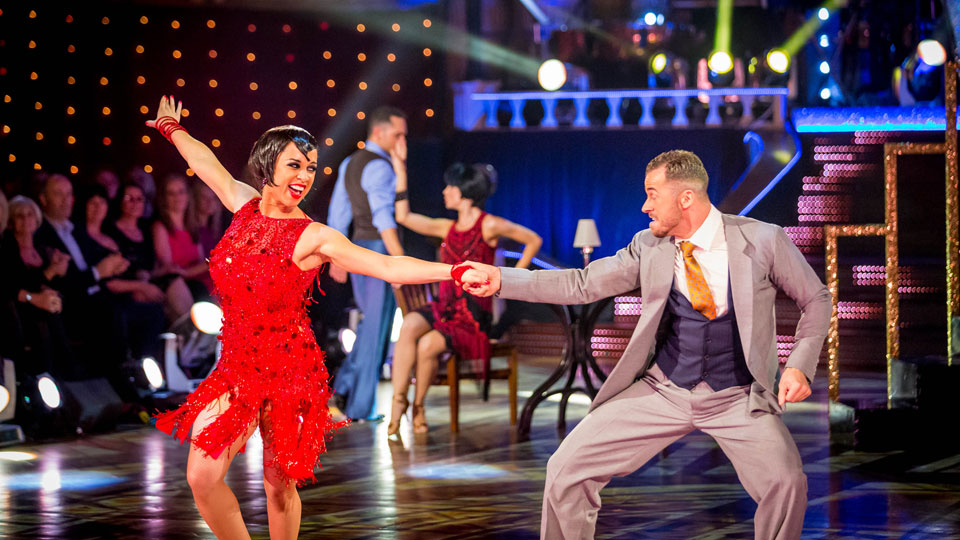 Last night’s Strictly Come Dancing was the best show of the series yet as the remaining 9 couples danced for survival at Blackpool.

The Tower Ballroom came to life with stunning routines, a few surprises and a fabulous group dance opening number. We’re really hurtling towards the final now and the competition is getting closer as the weeks go by.

As always we’ve compiled our Top 5 dances from the week. See who made the cut this week.

The model is really fighting back since she ended up in the bottom two the other week. Abbey and Aljaz’s Blackpool-themed Quickstep was delightful to watch and we like it when she’s enjoying herself rather than pouting to the camera.

The Wild West theme may have been a little out of place but we can’t stop loving Ashley Taylor Dawson. His performance was strong and sexy with Ola getting inventive with the choreography. He still needs a show-stopper but we’re rooting for him.

The judges asked Sophie for personality and that’s what she brought in abundance last night. Sophie is the most under-rated of this year’s dancers for us and her partnership with Brendan is magical. One of her best dances yet.

After missing a week due to illness, Natalie was back on fine form with Artem last night. She equalled Susanna’s score meaning she tied for highest score of the series so far. What a delightful Charleston from a talented dancer.

Susanna and Kevin scored the highest marks of the series with 39 out of 40 for their show-stopping Paso Doble. Traditional, beautiful and perfect in every way could this be the dance of the series so far? We think so.