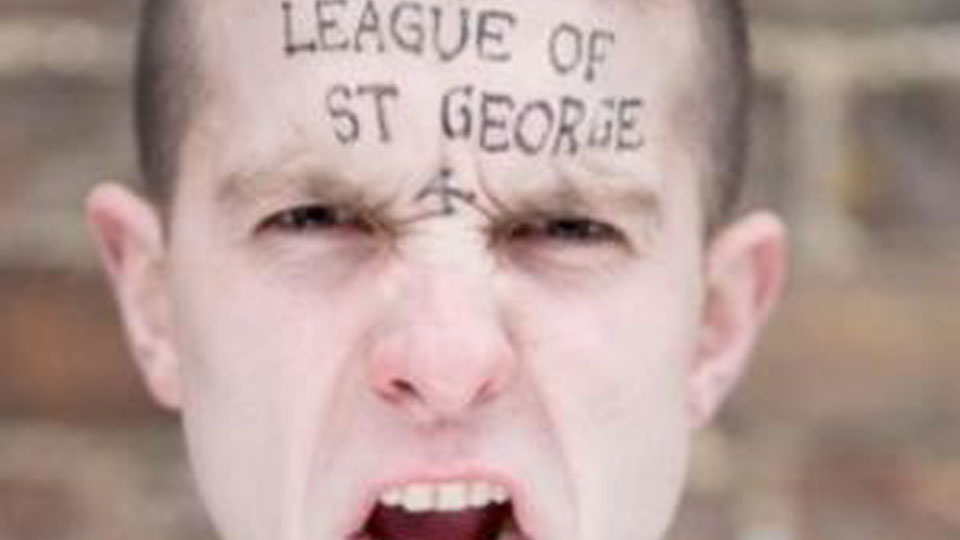 If you’ve not heard of the Hope Theatre before it may be because it only opened last week, and the current double bill of Sandpits Avenue and League of St George is its inaugural offering. Hope Theatre is curated by the well-established King’s Head Theatre. It resides close by in Islington and follows in its pub theatre tradition.

The two plays presented as a double bill were well-received at the Edinburgh fringe, but we found them not unproblematic.

Sandpits Avenue by Nathalie Wain is a play that adopts multiple styles. The characters break the fourth wall, speak in unison and alternate between songs and rhyming couplets within the framework of a straight play. In such a confusing jumble of styles character and plot become buried and it’s difficult as an audience member to find much to latch on to.

It also doesn’t know whether it wants to be about lack of opportunities for young people in small British towns, or about the nature of warfare and the difficulty soldiers face in readjusting to civilian life. It tries to be about both, but within fifty minutes, split by songs and disconnected scenes, it ultimately fails to say much about either.

The presentation, with actors talking together with long streams of on-the-nose dialogue, comes across a bit like a student revue. This isn’t as patronising as it may sound, as we would expect the target audience for the show will be young people.

Things pick up after the interval. League of St George by Georgia Bliss is about racist skinhead culture in the England of the 1980s. It takes a while to find its feet as it’s only about halfway through we learn that one of the skinheads (a good performance by Oliver Tunstall) is gay, and he falls in love with a young Indian man (Craig Mitchell) and embarks on a secret relationship. Whilst the play evokes the period and presents an interesting story, it suffers in other departments. Principally, there are far too many characters, requiring actors to double-up parts, and more than a few unnecessary scenes that don’t move on the story. It also presents people of the same age playing father and son. Whilst there’s something to be said for suspension of disbelief, it’s impossible for the actors to play such relationships truthfully. Whilst the final scene of League of St George is poignant, the play cheats the audience out of the two major confrontations that have been set up, and as such, feels a bit of a let-down by the resolution. It needs to be as brave in facing the conflicts as it is in presenting the ugliness of racism, using some graphic language (be warned).

We applaud Hope Theatre’s commitment to exclusively staging new writing and nurturing talent. Their first double bill is a mixed affair. The writing shows some promise, but neither play is a finished product. It may take the venue a little while to bed in but it should prove a worthwhile and exciting venture. Check them out.