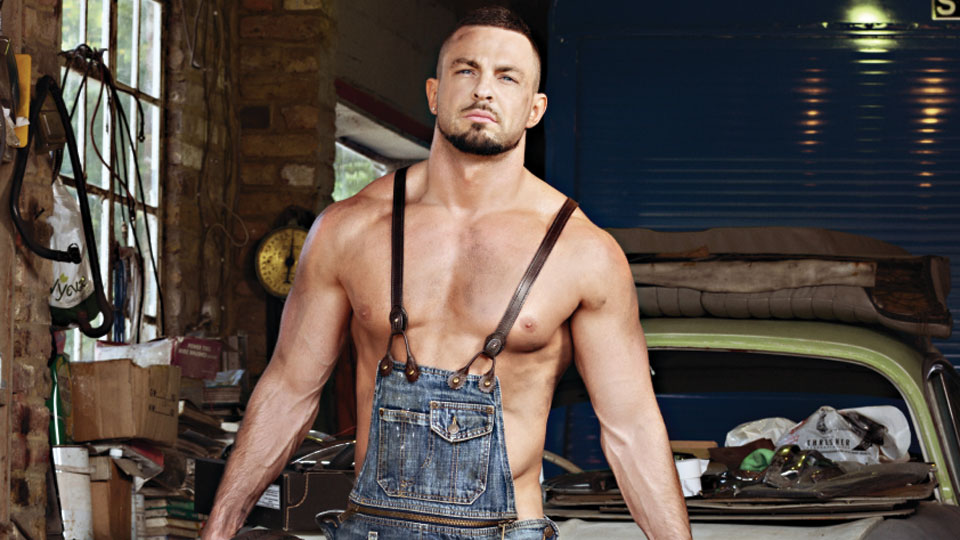 Strictly Come Dancing has reached the halfway point now and there are 9 couples remaining in the competition.

This weekend the show will be live from Blackpool’s world famous Tower Ballroom and promises to be one of the highlights of the series so far.

Before the Strictly celebrities and pros get on the fun bus and head to Blackpool, we caught up with Robin to talk about last week’s live show, discuss the magic of Blackpool and find out all about being clocked for admiring Ben Cohen’s bum on camera.

We’re finally at the half way stage of the competition and the public decided that it was time for Dave Myers to go. He brought such a joy to the show and he loved everything that he did. I think he was sad to leave because he was enjoying it. Now it’s onwards and upwards to Blackpool and we’ve got 9 couples left. They’ve all been itching to get to Blackpool.

Which dances were your highlights from last week’s show?

I was very proud of Abbey last week. She came back fighting with an amazing Charleston and it was absolutely brilliant. Also Sophie Ellis-Bextor’s Argentine Tango was incredible and she was extremely under-marked with 8s. She deserved 9s or even a 10 for that, it was absolutely fantastic.

Sophie was really under-marked. We were shocked at the reception that dance received…

Yes. It was very clean and it was very tidy. There were some moves in there that were very difficult and she pulled them off.

Ben’s backwards somersault was pretty impressive last week wasn’t it for someone so big?

Ben was highly under-scored last week. I thought his Jive was really good last week. Especially for a big guy. Of course he did his first back flip after a lot of training with Louis Smith during the week. He did it perfectly and I was very proud of him and Kristina.

Erm yes, pretty obviously you were…

I don’t remember that! Apparently I was and apparently the TV doesn’t lie so I must have been (laughs).

Natalie Gumede sadly couldn’t dance last week after taking ill during rehearsal. How is she doing?

It was a huge shame for Natalie to have missed last week’s live show but unfortunately she wasn’t very well. She had fainted twice during the day and they thought it best that she didn’t perform in the evening. I think she was very upset. I’d actually seen her Jive and it was absolutely superb. It’s a huge shame they didn’t get to dance it. She’ll be back this week and fighting fit and ready to fight for that glitterball trophy.

We’re glad to hear it. She wouldn’t want to miss Blackpool week…

Not at all. She just needed a couple of days rest and she’s back to normal.

Strictly didn’t make it to Blackpool last year for the first time in ages. Is it good to be going back this year?

Even more spectacular than the pro dances we’ve already seen this season?

The pro dances in Blackpool will be featuring all sorts of elements. Of course we’ll have the celebrities, we’ll have the pros and we’ll have lots of other stuff going on. I will get castrated by the BBC if I tell you what they are!

All of the couples use Blackpool, and previously Wembley, as the marker of where they want to get to in the competition. Why do you think it’s so special for the celebrities?

The celebrities find it special to go to Blackpool because they enter into our world and it’s where we grew up. We competed there years ago and it’s a great way for them to experience everything we’ve done growing up. The Tower Ballroom in Blackpool is one of the most stunning rooms in the UK and it’s just a privilege to be able to dance there. I think the main goal of all the celebrities from Day 1, apart from not getting knocked out first, is to make it to Blackpool because it’s such a special week.

What’s your favourite thing to do in Blackpool when you’re not there dancing?

My favourite thing to do in Blackpool is to go to The Pleasure Beach and go on The Big One. I love The Big One and I always get a thrill every time I go on it (laughs) That sounds really bad!!

You don’t pass the time down at Coral Island and the amusement arcades down the Golden Mile?

Well we’ll be hitting the town on Saturday night after the show and we’ll probably head down to one of the local bars.

Even though you’re out of this year’s competition, you’ve still had a really busy week. On Sunday you were dancing in Covent Garden for Remembrance Day with Aliona. Tell us what that was like.

I had a great time dancing with Aliona for Remembrance Sunday. It was fantastic to try and help the British Legion raise £1 million in one day.  My father was a serving army officer and it was great to be there and kind of in memory of him a little bit as well.

You’ve been dancing with Deborah again this week too in Westfield. What was that all about?

This week has been really busy. Deborah and I have been helping raise some cash for Children In Need. Tonight The One Show will be showing what we did. We danced at Westfield and we also danced at the intermission of Charlie and the Chocolate Factory last night which was absolutely amazing. To be able to dance on the stage at the Theatre Royal Drury Lane was just a huge gift to me because it’s one of my favourite theatres.

You’ve spent plenty of time with your Dragon then this week?

My Dragon is going nowhere! The show may be over for us but our partnership lives on.

Can you give us any scoop on the Strictly Christmas Special?

All I can tell you at the moment is that I’m in training with my partner for the Strictly Christmas Special but I can’t reveal any more details at the moment. It’s going to be a fantastic show!

Robin’s 2014 calendar is now on-sale from his official website www.robinwindsor.com.