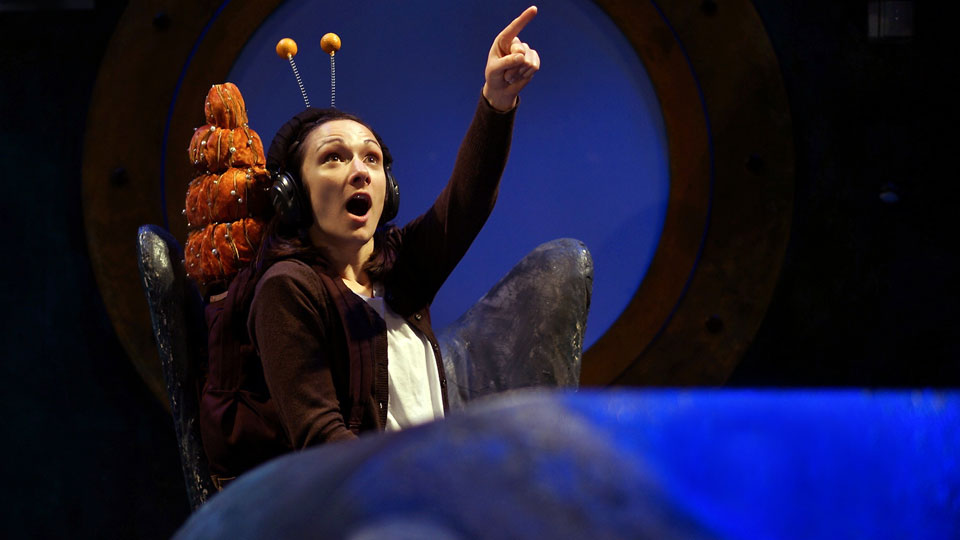 Tall Stories will debut new show The Snail and the Whale over the festive period at St James Theatre in London.

Their latest collaboration with writer Julia Donalson and illustrator Axel Scheffler follows the huge success of previous shows The Gruffalo and Room on the Broom. Based on the book of the same name, The Snail and the Whale will enchant children with physical storytelling, live muisc and lots of humour.

Running from 10th December to 5th January 2014, The Snail and the Whale is one of four productions Tall Stories are presenting in London over the Christmas period, the other three being The Snow Dragon at Watermans Brentford, My Brother the Robot at the Roundhouse and The Gruffalo at the Lyric Shaftesbury Avenue.

A tiny snail longs to see the world, so she hitches a lift on the tail of a humpback whale. Together they go on an amazing journey, experiencing sharks and penguins, icebergs and volcanoes. But when the whale gets beached, how can the tiny snail save him?

The Snail and the Whale is adapted and directed by Toby Mitchell with creative producer Olivia Jacobs, music by Richard Heacock, design by Isla Shaw and lighting by James Whiteside.

For more information and ticket details go to www.stjamestheatre.co.uk

In this article:Tall Stories, The Snail and the Whale