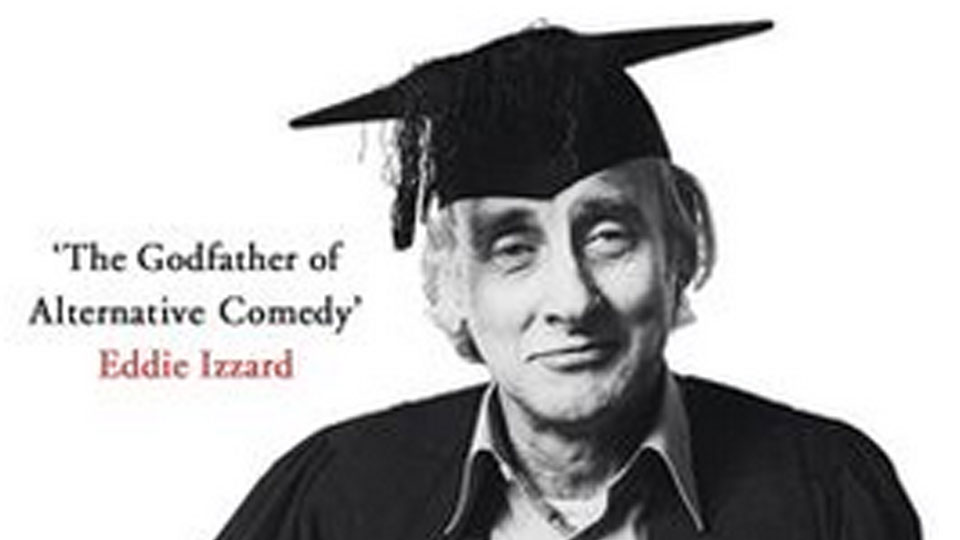 Spike Milligan is hailed as the godfather of alternative comedy. He wrote the anarchic, irreverent and joyously silly The Goon Show, which in turn inspired Monty Python’s Flying Circus and every generation of comic writers since. As well as being a performer, Spike Milligan also churned out comedy scripts and books. Man of Letters is a rare glimpse of Milligan as neither performer nor writer: it’s a collection of some of his private correspondence dating from the 1950s up to his death in 2002, and reveals the comic genius in many moods.

Man of Letters attempts no chronological narrative, but groups certain letters into seventeen sections. This isn’t the public face of Spike Milligan, creating loveable characters and always searching for the laugh – rather it’s a fleeting taste of the real man. There is inevitably the issue of the invasion of privacy in reading personal correspondence, and Norma Farnes, Milligan’s agent, manager and friend for many years who has edited this collection, doesn’t just choose the ones that cast her former employer in the kindest light. A manic depressive who could be irascible, Milligan often lives up to his adopted first name in Man of Letters, as some of his curter missives may induce a wince of embarrassment from readers.

The funniest entries are similar in tone to the Henry Root Letters (the Timewaster Letters is a more recent take on the same idea). Milligan writes to Tetley, the manufacturers of tea bags, asking now that they have made the bags round what they are doing with all the corners? The po-faced response he receives puts him off pursuing further correspondence.

Many of the letters here would now be sent as emails, and consequently have a more ephemeral existence. It’s interesting to think that a book of this nature would be almost impossible for another subject in only a few years. But here we can see Milligan’s responses to invitations to various media events and formal dinners, most of which he find reasons to not attend.

There are correspondences between Milligan and influential people: on the affectionate side from Prince Philip, Elton John, George Harrison and Peter O’Toole. On the business side, he grapples with the issue of the council wanting to build flats at the end of his road with his local MP – a Conservative by the name of Margaret Thatcher. No social issues or concerns are too small for Milligan. If something needs addressing, he’ll write. Thus the imbalance between male and female ducks in London parks (and the terrible consequences for the females during the mating season), unjust parking fines, a wrangle with Harrods and the preservation of the countryside are just some of the triggers that bring Milligan to set pen to paper.

Always a complicated character, Man of Letters reveals some of Milligan’s core hypocrisies and passions. Infamous for calling Prince Charles a “little grovelling bastard”, he nevertheless did a fair share of grovelling too, regularly writing chummily to Princes Philip and Charles, and expressing his desire for the latter to appear in a Goon Show special. He was also frequently concerned about human over-population of the planet, suggesting stringent measures for anyone who had bred more than two children. He was father to four! Milligan often refers to himself as a Roman Catholic but advocates family planning and is frequently critical of the church, writing often to the Catholic Herald (were his letters published?). Some of his humour now, in more culturally sensitive times, can seem a touch racist. Yet Milligan was loved partly because of his inconsistencies. Milligan is certainly consistent when it comes to the issues of animal rights, a cause he championed wherever he could; his admiration for the Jewish people; and the treatment and perception of mental health patients, especially those who, like him, had experienced armed conflict.

He is less clear-thinking in other areas. As Farnes rightly points out, Milligan wasn’t much of a businessman. Thus he writes to fellow ‘Irishman’ (Leeds-born Peter O’Toole) asking for a part in his next movie (it never happened); and almost destroys an old friendship with his publisher Jack Hobbs over arguing the contractual arrangements for his books.

Spike Milligan – Man of Letters is beautifully presented over nearly four-hundred pages. It’s a breeze to read through since most of the letters are short. Scans of originals, either typed or hand-written have been included, though thankfully their use is sparing since Milligan’s handwriting is not the clearest. His original words and idiosyncratic use of grammar have been retained for authenticity. What’s missing is an index, which would be a useful quick reference. For the most part, Norma Farnes keeps herself in the background and lets Milligan do the talking: it was ever thus. On the few occasions where she does step out and address the reader, there is the sense that she has earned it. Man of Letters is an affectionate tribute, not a hatchet job.

An idea of Spike Milligan the man emerges from the pages of this book. One thing seems clear: if people write back to him and treat him as a human being, or return his humorous tone (as evidenced by the Manchester Constabulary after Milligan’s car was impounded) then it brings out the best in him. Anything less is likely to provoke his ire and sharp tongue. In these pages Milligan is at times frustrating, at others charming, but always witty. Man of Letters offers and affectionate insight into the flaws and inspirations of a brilliant comic mind. Love, light and peace, Spike.