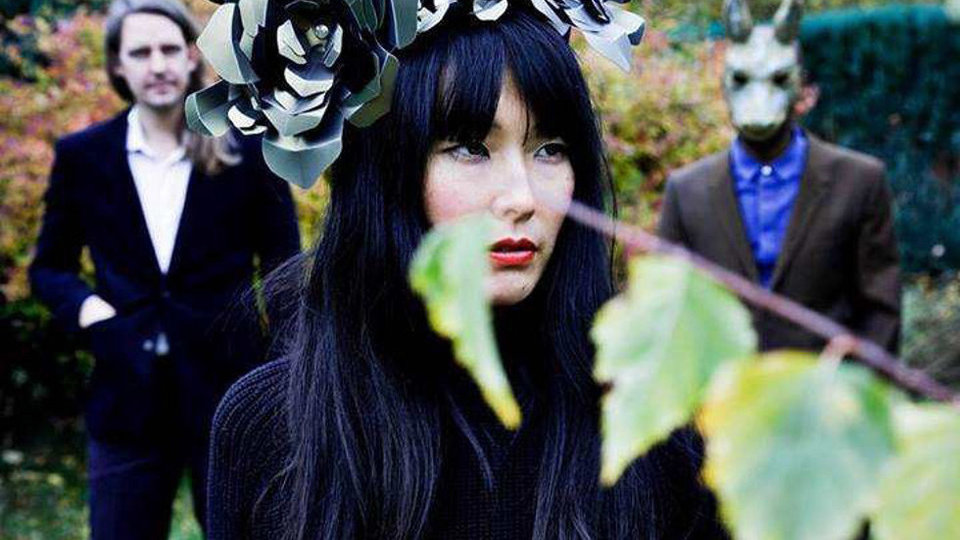 Tristesse Contemporaine is a mysterious Parisian trio. The band is now set to release their second full-length album, Stay Golden via Record Makers. The band is ex-punk singer Narumi, Swedish hockey player turned guitarist Leo and Maik, the British hip hop fan also known as the lead singer of Earthling, Tristesse Contemporaine mixes each band member’s unique style and blends brooding indie and minimal electro pop effortlessly. We listened to the album and here is what we thought.

First up on the album is Fire and straight away we are immersed in synths and a dance-y electro beat. There is something quite infectious about the track.  Then come in the mellow vocals and only the way Frenchmen can, Tristesse Contemporaine’s male vocals are sultry and sexy and quite hypnotic. Fire remains rather mellow and could do with a bit of a shake up but for an intro track it works. The title-track is up next and we have to take a double take, as it sounds quite similar to intro track Fire. The song is quite nonchalant and has that devil-may-care attitude about itself, which is entertaining but again the track is quite flat and feels a little repetitive.

Waiting is quite intriguing as it kicks off. The track slowly gains momentum and has a good edge that keeps you interested. The vocals are spot on and work perfectly with the track. Waiting is a favourite with its haunting theme and gets your curiosity going quite easily. The track starts off slow but as it gains more bass it becomes a different beast. From this we move on to Going Out and straight away we are curious to know where Tristesse Contemporaine are taking this. The track has an infectious beat to it and interesting layers, which are only toped by the hypnotic male vocals. The track is very well put together with a range of different sounds making it quite fascinating.

I Do What I Want is the shortest track on the album but make no mistake this is also one of the loudest and most fun on this record. The punk influences on this track are obvious but with a blend of the band’s synth it becomes a hybrid of punk-pop and punk.

Can’t Resist and Burning are more of the same and nothing you haven’t heard on the album already. We move on to Pretend and straight away love the house beat. With a completely different vibe this track adds something to the album that was missing.

Last but not least is Most Times a curious track with interesting sound effects. The song is a slow burner and ends the album on a mellow note.

There’s something quite atmospheric about Tristesse Contemporaine’s music as well as melodic and nostalgic. If you like this type of music then undoubtedly you’ll enjoy the band’s new album as it does have certain flair.

Advertisement. Scroll to continue reading.
In this article:Tristesse Contemporaine