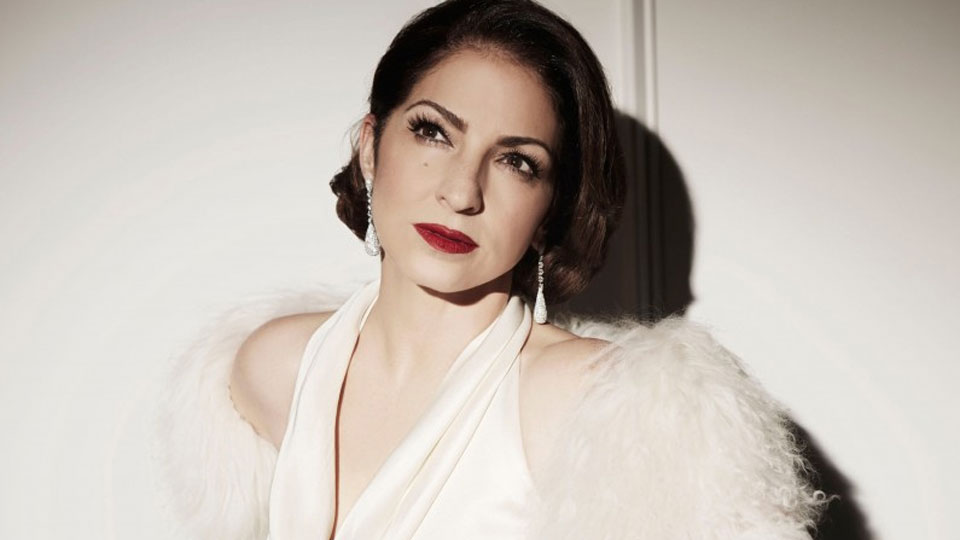 Gloria Estefan released her brand new album The Standards this week in the UK.

The album release follows her sold-out show at London’s Royal Albert Hall last week where she blew away the audience with a mixture of songs from the record and a variety of classics.

To celebrate the release of the album, and Gloria’s remarkable career, we’ve put together our Top 10 favourite singles from the iconic Latin star.

We’re opening our Top 10 with a raucous dance number. Gloria is known for her party tracks and this cut from Hold Me, Thrill Me, Kiss Me is one of her best. It may be a cover but Gloria makes it her own.

One of the most poignant songs from Gloria’s career, Coming Out of the Dark was released after the star’s near-fatal 1990 bus crash. We still get a bit misty-eyed every time we hear this one.

The uptempo party track, which means Hear My Voice, was taken from Cuts Both Ways. Recorded in both English and Spanish (we prefer the Spanish version), the track is one that reminds us of growing up and we love it!

One of the many hits from Anything for You, Can’t Stay Away From You is an honest and beautiful ballad about being helplessly in love. Who hasn’t felt like that?

Recorded in English and Spanish, this track was the lead single from Cuts Both Ways (our favourite Gloria album). You simpyl can’t beat a power ballad can you?

Possibly one of the catchiest songs from Gloria’s catalogue, 1-2-3 lodges into your brain and refuses to leave. Taken from Anything for You the track is regularly on repeat on our stereo.

The highest charting ballad in our countdown, Anything for You was the title track of the album of the same name. A true power ballad that showcased Gloria’s incredible vocals whilst being one of her most romantic songs.

The title says it all really doesn’t it? Taken from Anything for You (which was released as Let It Loose in some countries), Rhythm is Gonna Get You is an atmospheric dance track that is definitely one of Gloria’s best.

This single has become one of Gloria’s signature hits and she still regularly performs it live. Taken from Miami Sound Machine’s Primitive Love album, the track is an absolute dance classic.

We absolutely love this song from Gloria’s days as part of Miami Sound Machine. It may be going on to be 30 years old but it never fails to get us dancing. The single was lifted from Miami Sound Machine’s first English-language album Eyes of Innocence.

Do you agree with our Top 10? Are there any Gloria classics we’ve missed out? Leave your comments in the usual place. As a bonus here’s a live performance of How Long Has This Been Going On from Gloria’s new album The Standards which is out now: