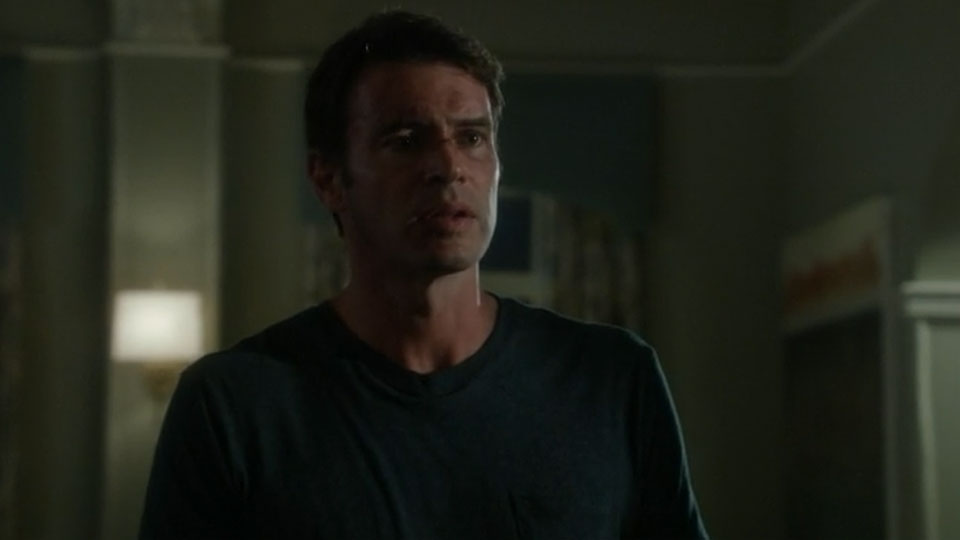 Scandal is back in the US and the pace is already insane after only 3 episodes.

Fans of the show will know that Captain Jake Ballard (played by Scott Foley) was being tortured and held captive by the end of the hit show’s second season. If you haven’t seen any of the third season then stop reading so we don’t spoil it for you.

At the end of the third season’s second episode Jake reappeared at Olivia’s door and in the third episode he was recovering after his ordeal. Thankfully recovery meant taking his kit off, sleeping in Olivia’s bed and wearing a bed sheet like its underwear.

Welcome back Jake! Here’s some screencaps for the drool-worthy moment.

In this article:Scandal, Scott Foley