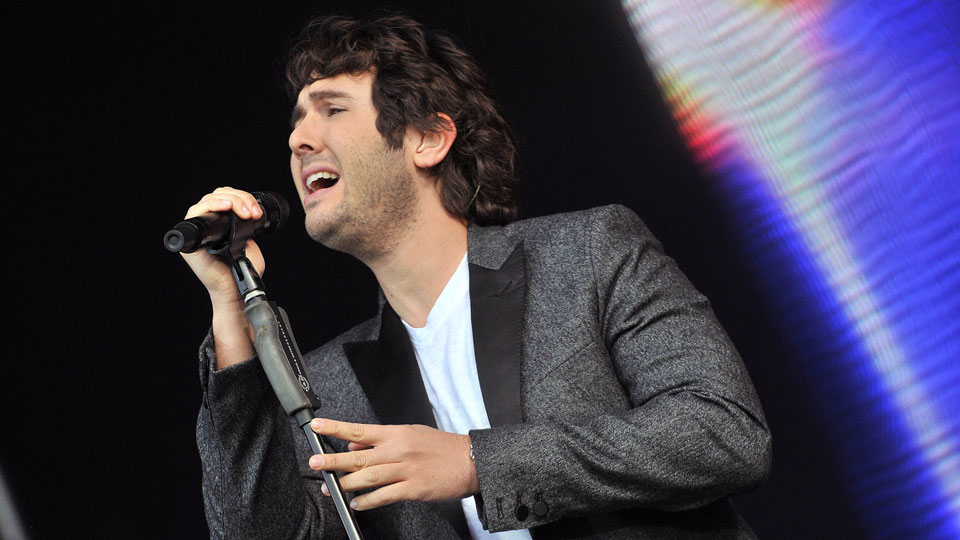 BBC Radio 2 Live in Hyde Park returned for its sixth year yesterday delighting thousands of music fans with a stellar line-up. For the first time the one-day festival had two stages packed with fantastic music to keep the crowds entertained. Alongside the main stage which featured some of the biggest artists in the world, there was a smaller BBC Introducing stage too showcasing the cream of the rising stars in music.

Kicking off the day on the main stage was folk group Treacherous Orchestra who warmed the crowd up, in the rather windy and wet weather, before the legendary Simple Minds took to the stage for a crowd-pleasing set. The band were playing the closing bars of their set as we arrived in Hyde Park ready to soak up (literally at some points) all the fantastic music the day had to offer.

Upon arrival we stopped by the BBC Introducing stage where Fran Smith was entertaining the audience with her singing and piano skills. The West Yorkshire songstress has been compared to Joanna Newsome but we think she’s got a bit more mainstream appeal than that. The audience were loving her and it was great to see the festival supporting new talent. Other artists who took to the BBC Introducing stage during the day were the fantastic Zervas & Pepper, George Barnett and Emma Stevens.

After doing a quick recce around the festival site, which had lots to offer including various food stands, bars and a champagne garden (very civilised) we took our place near the main stage to enjoy our first full performance of the day from the wonderfully talented Jamie Cullum. The jazz star performed a short set showcasing songs from his latest critically-acclaimed album Momentum. The rockier-influenced Edge of Something was a highlight as was the punchy closing number Everything You Didn’t Do. Talking to the crowd before performing When I Get Famous Cullum made a Freudian slip by telling the audience the song was about a young boy who couldn’t attract the boys before quickly correcting himself and launching into the song. He raised a few titters from the crowd and captivated us with his performance.

Following Cullum was Scottish rockers (and can we call them legends yet?) Texas. Fronted by the mesmerising Sharleen Spiteri the band entertained the audience with some of their biggest hits including Halo, Summer Son and Black Eyed Boy. The crowd were at their most appreciative during a sing-a-long moment on the classic Say What You Want. The band was joined on the stage by Richard Hawley who collaborated with them on their latest record The Conversation. He performed the tracks Dry Your Eyes and Jackson, the latter being a foray into country, with Texas. We didn’t think those tracks were as strong as the band’s hits but who knows in time we may come to love them. Texas brought their set to a close with the mighty Inner Smile encouraging the audience to sing-a-long once again.

Despite the miserable weather, Jack Johnson tried his best to encourage the sun to come out with his melodic sun-drenched songs. On the verge of release new album From Here to Now To You, Johnson performed a selection of hits along with a couple of new tracks. The classic Better Together was one of the standout moments of the set whilst Johnson’s new single I Got You went down well with the crowd too. New song Radiate, taken from his forthcoming album, gave an indication of what’s to come and we can’t wait to get our hands on his new material.

The next two sets on the main stage came from Manic Street Preachers and Josh Groban. Sadly we didn’t get to see too much of either as we were busy backstage grabbing interviews with some of the day’s headliners. We did catch the Manics earlier in the day recording an acoustic performance of You Stole the Sun from My Heart which we have to admit was pretty special. During their main stage set they also performed smash-hit (and classic) If You Tolerate This Your Children Will Be Next. The band are releasing new album Rewind the Film next week which we can’t wait to feast our ears on. Josh Groban brought a bit of classical crossover (and better weather) for his performance as he showcased the powerful voice that has seen him sell millions of albums worldwide. During his set he performed recent single Brave from his current album All That Echoes which was a definite hair-on-the-back-of-the-neck moment. He closed with his signature tune You Raise Me Up which is about a million times better than the terrible cover Westlife did.

James Blunt was the next artist to take to the stage and one of the highlights of the day. Despite most critics taking any opportunity to criticise the singer-songwriter, we actually think he’s one of the best UK stars we have. As a live performer he really shines and his setlist was a mixture of his greatest hits with the inclusion of new single Bonfire Heart from his forthcoming album Moon Landing. Opening his set with the bouncy Stay The Night, Blunt’s set was one of the most upbeat of the day and he had the crowd singing along throughout. A performance of classic hit Wisemen was a highlight as was the spine-tingling Goodbye My Lover which sounds as good today as ever it did. Of course You’re Beautiful was performed, much to the delight of the audience, and hit single Same Mistake. During his closing number 1973 Blunt did a bit of crowd-surfing, which he teased he may do earlier in the set.

The penultimate performer of the day was Jessie J. Honestly we thought she was a little out of place in the line-up but she put on a great show and the crowd loved her. Opening with her smash-hit Price Tag, Jessie worked her way through her biggest hits including Nobody’s Perfect, Laserlight, Wild and new single It’s My Party. During her set she did a mash-up of Aerosmith’s I Don’t Want To Miss A Thing and her own hit Who You Are. Jessie interacted with the crowd and spent much of her set at the front of the catwalk dancing and singing her heart out. She closed her set with Domino which ended on a party note with everyone dancing away.

The final performance of the day came from the legendary Smokey Robinson. At 73-years-of-age the Motown star is as charismatic and captivating as he ever has been. Oozing class and putting on a mighty fine show, the legendary performer treated the audience to classic hits that brought the spirit of Motown well and truly to London’s Hyde Park. Over the course of his set Smokey performed classics such as Going to a Go-Go, Second Hand Emotion, You Really Got A Hold On Me and Tears of a Clown. One of the highlights though was when he sang a medley of tracks that he wrote for The Temptations including My Girl. Smokey’s performance was the perfect end to a fun and jam-packed day.

BBC Radio 2 Live in Hyde Park was a fantastic day. Despite the weather (if only it could have been a bit warmer!) we loved every minute of all the performances we saw. The atmosphere was nice and relaxed, the music incredible and the line-up stellar. We had so much fun that we’re already counting down to the event returning next year and we hope the line-up is just as good.