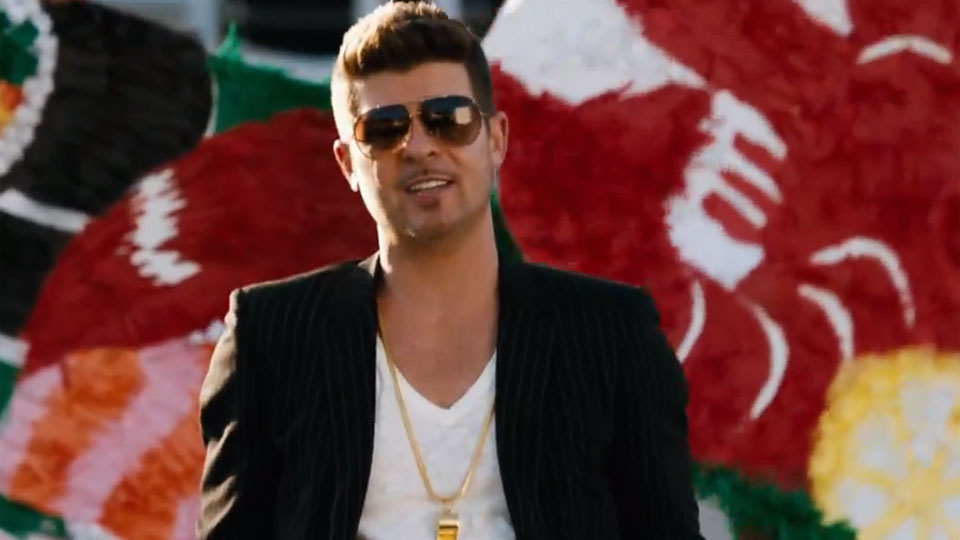 Robin Thicke has debuted the video for his brand new video Give It 2 U.

The track features 2 Chainz and Kendrick Lamar and received its first live performance at Sunday night’s MTV Video Music Awards. Give It 2 U is the follow-up to global smash Blurred Lines which has dominated the summer.

In the video Thicke is surrounded by women once again, this time on an American football pitch. There’s plenty of twerking action throughout the four and a half minute clip as well as a cheeky streak from Thicke. Diane Martel, who directed the now infamous Blurred Lines video, directs once again.

Give It 2 U is featured on Thicke’s number one album Blurred Lines. Check out the video below. Do you think it’s a worthy follow-up to Blurred Lines? Leave your comments in the usual place.