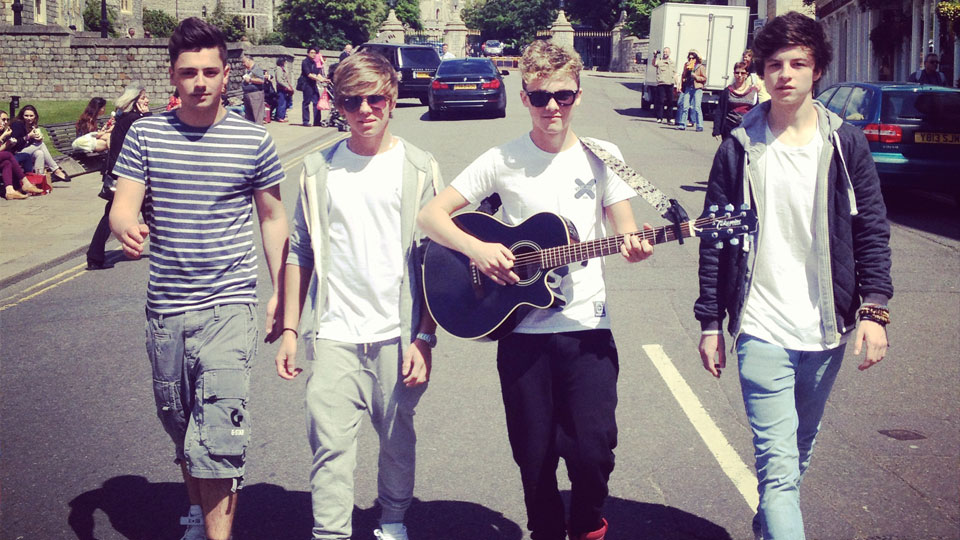 Do you have space in your life for another boyband? Well you might want to make some room for rising boyband Overload.

The four-piece – Jordi, Joey, Ollie and RyRy – are aged between 17 and 19 and have been building quite the buzz online. Managed by Union J’s founder Blair Dreelan, the band are busy working on their debut album in Berkshire.

In under 2 months together, Overload have had over half a million hits on YouTube for their videos and regularly trend on Twitter. That’s not bad for a band that has yet to release a single is it?

Speaking of their online success the band said, “It is absolutely insane! 2 months ago we were all doing normal jobs and dreaming of being able to get into the music industry. The loyalty our fanbase have shown and their dedication to make us the UK’s next boyband is awesome. We’ve literally been locking ourselves away in the studio working on the album and at night we have been replying to as many of the tweets and messages from our fans as we can. They are at the core of everything that has happened to us and we can’t wait to take it to the next level with our own headline tour dates and next meet and greet. Hopefully the police won’t have to be called for this one though!”