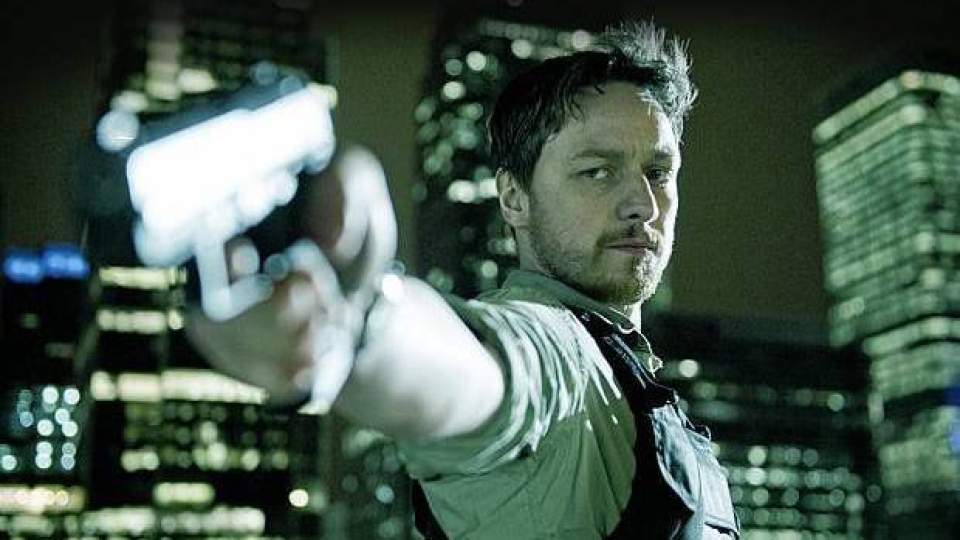 Welcome To The Punch Blu-ray review

Max Lewinsky (James McAvoy – X-Men: First Class) has been on the trail of career-criminal Jacob Sternwood (Mark Strong – Kick Ass) for many years. After their last encounter left Max nursing a permanent leg injury, Jacob managed to flee the country. Frustration plagues him as Max was unable to capture his man. Now living in exile overseas, Jacob gets word of a deal that his son is involved with in London – one that goes horribly wrong. So he risks capture buy returning to the capital. This gives Max the perfect opportunity to resume his dogged pursuit of Jacob and to find inner redemption.

Welcome To The Punch deserves a lot of credit because it’s trying to achieve what British film has failed to accomplish for too long – to properly utilise our amazing city for action cinema. Writer/Director Eran Creevy has a passion for the films of John Woo and Michael Mann and you can tell that these have clearly influenced the style of his movie.

From the breathtaking opening in the city of London – late at night – to an underground shoot-out, Welcome To The Punch starts as it means to go on. As a statement of intent, Punch delivers just that to an audience so underwhelmed by British action movies of the past. It seemed a prerequisite that any film involving action has to be about gang violence or urban crime, usually with Danny Dyer in tow. Welcome To The Punch is glossy, sleek and stylised. This is action cinema we should have been making years ago and with a great leading cast, Welcome To The Punch comes out as a great success.

James McAvoy is the people’s choice when it comes to popular actors and possesses that wow-factor that makes him perfect to lead such an ambitious project. The X-Men: First Class star has always impressed in every role he has tackled and in Punch he is given free rein to make the role of Max Lewinsky his own. He handles the task exceptionally well and is very capable as an action star of the future.

If McAvoy is the poster-child of UK cinema then Mark Strong is its go-to guy for diversity. Happy as a good guy or bad, Strong is one of those rare exports that have translated well overseas so it’s nice to see him fronting a big-budget British action film again. He is excellent as Jacob Sternwood and gives us an antagonist you can get behind whilst sharing a good, equal chemistry with McAvoy that makes them perfect adversaries.

There are a few problems with the film. It doesn’t take long for you to twig who the turncoat is going to be. That’s a problem with the script more than anything else and a lot of police thrillers have used this over-familiar plot thread far too many times. Then there is the criminally underused role of Andrea Riseborough in the film. Hers is a role that would surely have benefited from more screen-time. Her character shares a wonderfully complex relationship with McAvoy that we just don’t see enough of – her being in a potential sequel would have been a brilliant set-up.