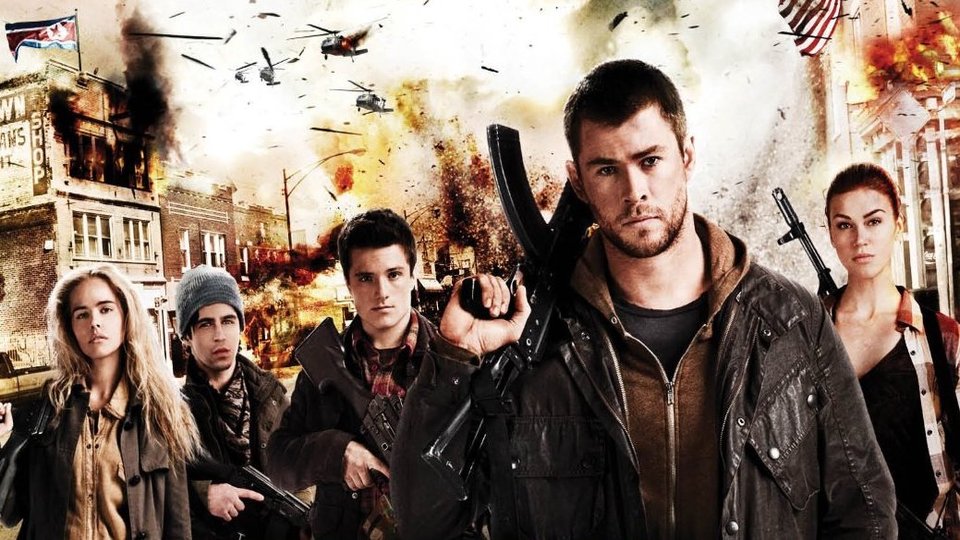 Koch Media is delighted to announce the release of the adrenaline fuelled and action-packed thriller RED DAWN on DVD and Blu-Ray™ now.

In this thrilling re-boot of the original 1984 cult classic, a determined band of vigilantes face the very real threat of an invasion by North Korea. It follows brothers Jed (Chris Hemsworth) and Matt (Josh Peck) who are forced to face a strange new world alone as their hometown awakens to the surreal sight of North Korean paratroopers dropping from the sky – the U.S. has been invaded.

Quickly and without warning, the citizens of Spokane, Washington, find themselves prisoners and their town under enemy occupation. Determined to fight back, a group of young patriots seek refuge in the surrounding woods, training and reorganising themselves into a guerilla group of fighters. Taking inspiration from their high school mascot, they call themselves the “Wolverines”, banding together to protect one another, liberate their town from its captors, and take back their freedom.

To be in with a chance of winning one of 3 copies of Red Dawn on Blu-ray, simply answer the question below.

Advertisement. Scroll to continue reading.
In this article:Red Dawn