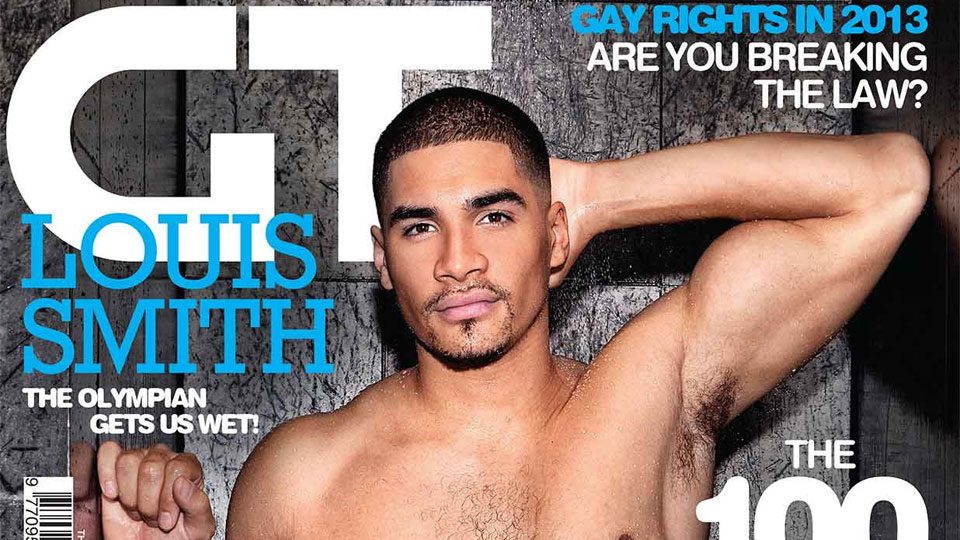 Strictly Come Dancing champ and Olympian Louis Smith strips to his trunks for the cover of the latest issue of GT Magazine.

In the issue Louis talks about his gymnastics career and his suspicions that many gay sports men are still in the closet. He reveals, ‘Expectation – no matter what it is – tends to build up pressure and nerves. I had an expectation on me to perform and to achieve certain results in the games, and I think if you’re in a sport that’s deemed as a man’s sport you have that expectation to be straight. That’s a lot of pressure to carry on your shoulders, so that’s tough.’

When asked if he was gay who would he be with Louis said, ‘I got asked this the other day… I said Will Smith. Because he’s very dedicated to his family, he’s very loyal, funny, hard working and talented. So, in the most non-sexual way, it would have to be based on the person.’

The new issue is available to download now from www.gtdigi.co.uk. Check out Louis on the cover below: