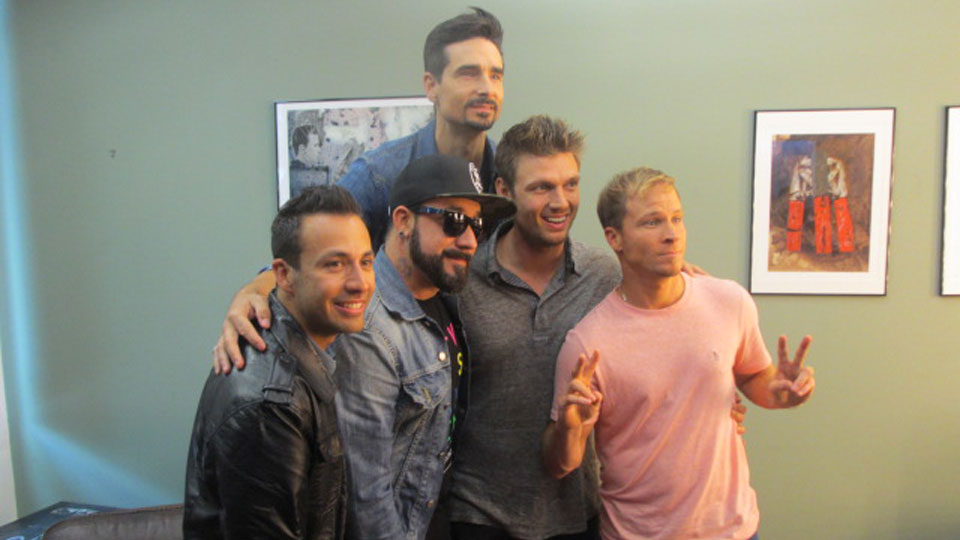 Backstreet Boys made a stop at Google yesterday for their first ever Google+ Hangout.

The band were in the UK to promote their new single and album In A World Like This. Talking infront of an intimate studio audience of fans, Backstreet Boys talked openly about Kevin Richardson rejoining the band, their hopes to tour in the near future and answered questions from the audience, and the fans via the Hangout.

Talking about his decision to rejoin the group following his departure in 2006, Kevin Richardson said, ‘I felt inspired. I had the desire to create music again with these guys. We’re celebrating 20 years so that’s a landmark in itself.’

One audience member asked the band who their man crushes were with Nick Carter joking that he likes ‘old men’ whilst Howie D said it’s Enrique Iglesias.

Former X Factor band The Risk were in the audience and treated everyone to a rendition of their new single Peaches & Cream after getting advice from Backstreet Boys.

During the Hangout the band performed an acoustic version of their new single In A World Like This with Nick and Brian on acoustic guitars.

Watch the full Google+ Hangout below: