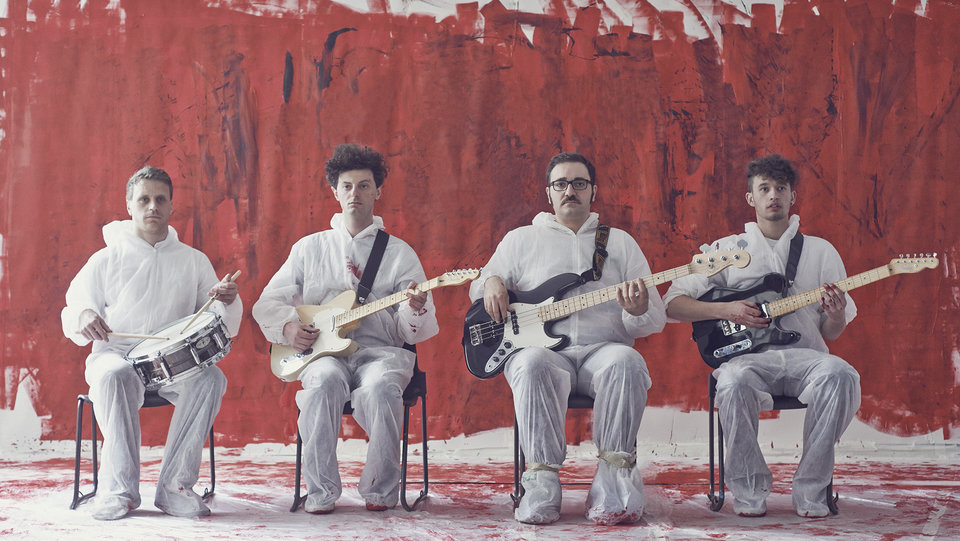 Fünke Pop is the vibrant new EP from London based band Turnpike Glow.

The follow up to debut EP Inflatable Optimism, features four blissfully off-kilter tracks proudly showcasing their own eccentric blend of psychotropic pop. Entitled as a cheeky nod to cult series Arrested Development, such choices embody the happily imaginative outlook of the band that is continually reflected in their music.

Pithy beating bass and echoing essence provide an introduction to what is a truly a bright and breezy song, which sees lead singer Giuseppe La Mela perform harmonies in a slightly off key edgier Feeder like style. Christened Heels In Madrid in reference to Turnpike Glow’s Italian heritage, the song shows a band comfortable with their sound.

Reminiscent of The Libertines, the pleasantly punchy opening of Her Flaming Lips remains constant throughout, providing a memorable backbone to the bouncy track. Harking back to simpler times when The Holloways were being played in clubs, the track was developed in homage to Wayne Coyne’s psychedelic outfit, using Flaming Lips’ song titles and visual references to narrate the story of a girl living in her private fantasy world, content with her lot within it. Exclamations of ‘all she knows is all she likes, all she likes is all she knows’ serve to set the scene perfectly. This is not to say that the band are recycling old ideas, but are simply taking inspiration from British bands.

The foursome’s seemingly unending energy and daring playful experimentation have led to flattering comparisons to other exploratory acts including Super Furry Animals and The Phoenix. Unfailingly upbeat and optimistic, A Sentimental Song is bound to bestow warm and fuzzy feelings of cheerfulness. The intelligent use of organ and guitar adds to the overall ever so slightly oddball effect.

In this article:Fünke Pop, Turnpike Glow