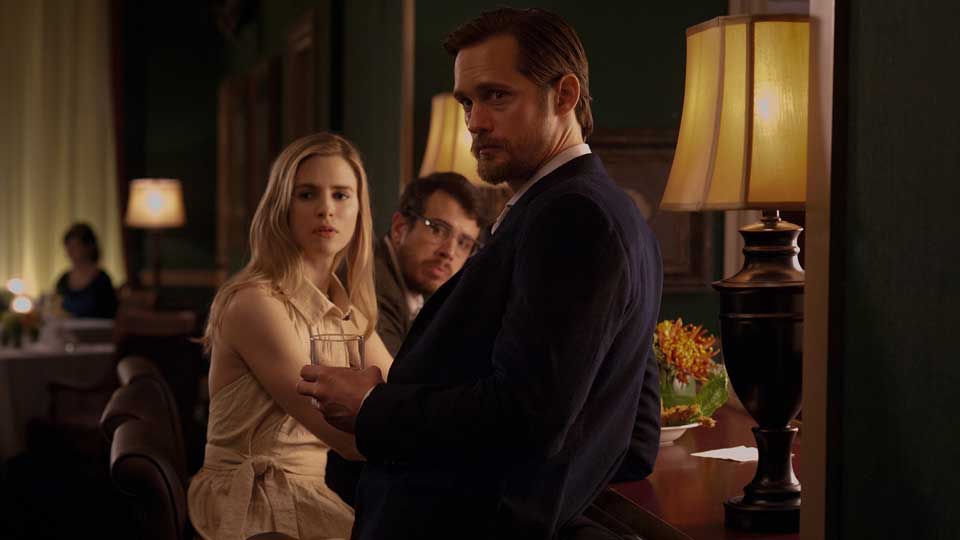 There’s nothing we like more than a bit of Alexander Skarsgard.

He’s been away from our screens for too long but True Blood is now back on (in the US at least) and Alexander has a new movie coming out. Released on 28th June, The East is an espionage thriller also starring Ellen Page, Patricia Clarkson and Brit Marling.

The East, a suspenseful and provocative espionage thriller, stars Marling as former FBI agent Sarah Moss. Moss is starting a new career at Hiller Brood, an elite private intelligence firm that ruthlessly protects the interests of its A-list corporate clientele. Handpicked for a plum assignment by the company’s head honcho, Sharon (Patricia Clarkson), Sarah goes deep undercover to infiltrate The East, an elusive anarchist collective seeking revenge against major corporations guilty of covering up criminal activity. Determined, highly-trained and resourceful, Sarah soon ingratiates herself with the group, overcoming their initial suspicions and joining them on their next action or “jam.” But living closely with the intensely committed members of The East, Sarah finds herself torn between her two worlds as she starts to connect with anarchist Benji (Alexander Skarsgård) and the rest of the collective, and awakens to the moral contradictions of her personal life.

Check out some stills of Alexander in the movie: