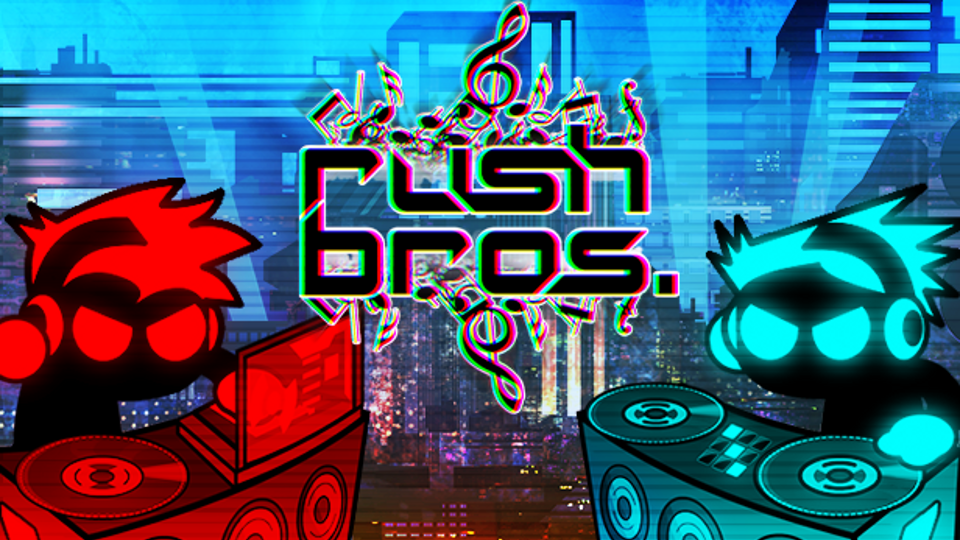 [quote by=”Ian Boswell, Game Designer, XYLA Entertainment”]Rush Bros. started as a modification to Portal 2 co-op which turned the players against each other. The unique multiplayer mechanics and dueling Dubstep DJ themes became a metaphor for the unique social dynamic of cooperation through competition.[/quote]

The world’s first split screen online multiplayer platform racing mode complements the single player to crank up the excitement levels as you thrash the in-game soundtrack or use your own music collection as DJs Bass and Treble battle for supremacy. Fast and furious action is combined with innovative reactive level design – the music you play influences the dynamics of traps, obstacles and backgrounds. Change the beats, change the level…

XYLA is also proud to announce a partnership with psytrance / electronic duo Infected Mushroom who have supplied selected music for the soundtrack. Gamers can even play as band founders Erez Eisen and Amit Duvdevani in a custom Infected Mushroom level.