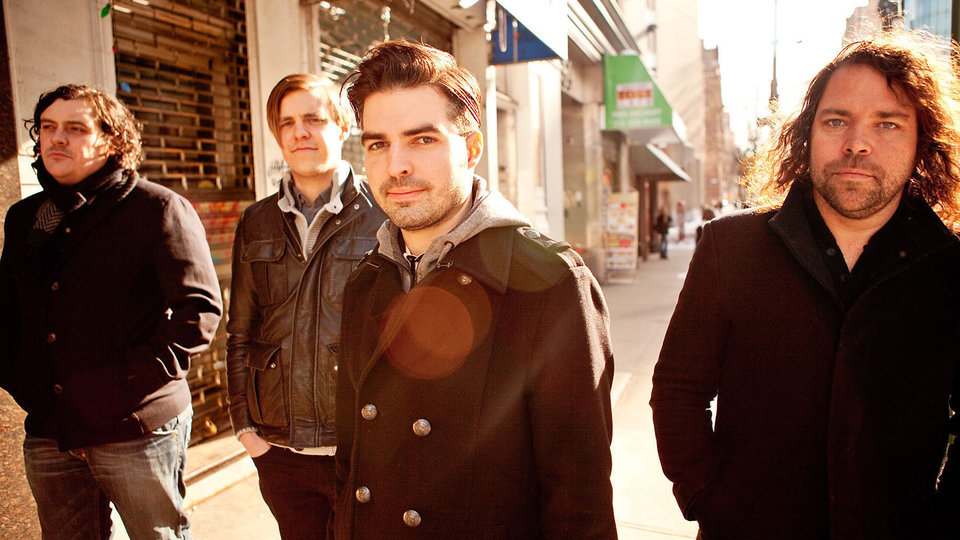 After a two year hiatus, Britain born band The Boxer Rebellion are back; bigger, stronger and more achingly cool than ever before in the form of their fourth studio album Promises.

Consisting of Tennessee-native Nathan Nicholson (vocals/guitar/keyboards), Australian Todd Howe (lead guitar), Englishmen Adam Harrison (bass guitar) and Piers Hewitt (drums), the outfit has consistently floated comfortably on the outskirts of commercial indie rock, never quite fully committing. For over a decade they have been tirelessly pushing their carefully crafted atmosphere-pop towards a stardom which, for over said decade,  must have seemed so nearly within their grasp. Their relaxed musical style and intelligent material has never quite cut it with today’s teen buyers. Regardless, they have a dedicated worldwide following.

Diamonds is a solid opening track which practically oozes with the promise of a standard of music spectacularly set. The toe-tapping beat distantly echoes a nonchalant attitude often found on The National offerings, but the subdued sound of strings provide a tantalising hint of a much more exciting as yet unnamed element.

The simplistic electronic introduction found on Fragile expertly builds anticipation, crashing into grand guitars and tribe like drums. With the addition of Nicholson’s gentle background wailing a magical combination is created, instantly transporting the listener to a place where time and space spectacularly collide. This is one of those rare tracks that can somehow transcend all earthly constraints and cause intensely overwhelming feelings of appreciation for such soul stirring sounds.

There are, of course, lulls, as is the case with any feature length album. Take Me Back and Low sadly make little impact, despite the all too short ever so indie guitar solo appearing on the latter. But just as soon as the record dips into slight obscurity, it has grabbed us by the hand and yanked us back up to the dizzy heights of musical divinity.

Keep Moving is a shining example of The Boxer Rebellion at their very gut busting best. Harking back to the days of heart wrenching fan favourite If You Run, this song features a set of stunningly melancholic lyrics (‘I won’t regret, won’t feel defeat, and it won’t make any difference if I’m incomplete’) which are bound to strike a deeply buried and inevitably badly bruised nerve. The angelic harmonies are surprisingly uplifting, a component quite at odds with the overall content, but which somehow just works; an instant classic.

The swooping anthemic chorus found on Safe House bears testament to the band’s true sense of diversity. Whilst one of the band’s understated catchy sleeper hits, full of melodic misgivings and humble charm can tug at your unsuspecting heartstrings, so can an epically rousing burst of pleading cries reduce a grown man to unrelenting tears. As Nicholson begs beseechingly ‘so follow me, help me out’, that recurring sense of perfectly profound joy takes hold with a vengeance, threatening to erupt from the very depths of your being. In contrast, the plodding opening bars of Dream create a sense of impending noise, but the song takes an unexpected softer stance with the addition of throbbing guitar and light bells. The volume gradually rises to a glorious vocal celebration with the clever use of string and a more refined sound is evident throughout.

An inspiring piece of craftsmanship, Promises feels like a fitting title for an album that truly delivers on every possible level. It’s been a long time coming but we believe that the internationally adored foursome may have finally fulfilled their musical destiny and reached their, as yet, most prominent peak.

Advertisement. Scroll to continue reading.
In this article:Promises album review, The Boxer Rebellion