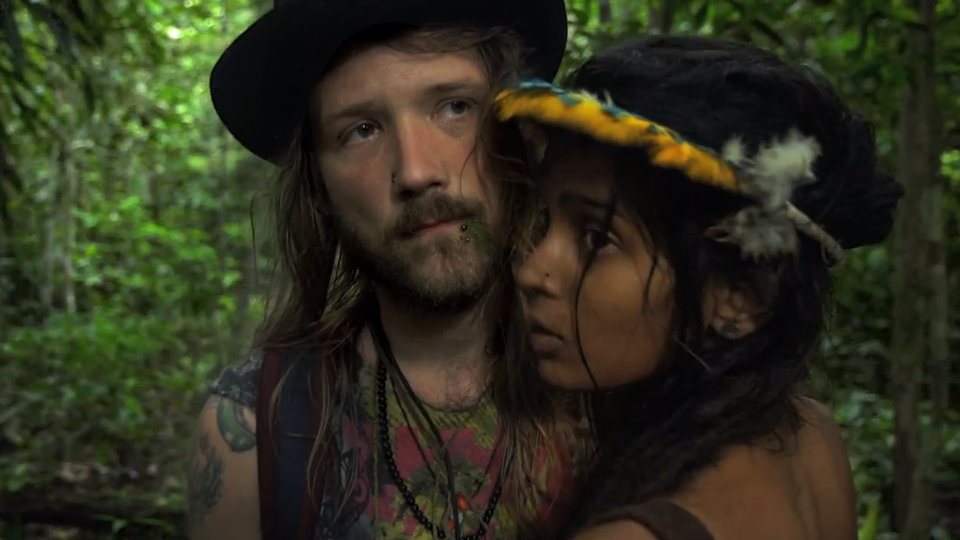 Fuck For Forest is an intriguing idea, and one that taps into a unique area as a charity. It certainly causes a double-take when people are told about how the charity make their money and where it is pledged. We are first introduced to a new recruit to the charity in 23 year old Danny, who used to live in a small town but decided to move to Berlin to be able to get more involved with the creators. His eccentric behaviour doesn’t work for many people whom he meets along the way, most seem very stand-offish about him (we felt the same way). The guy comes across as rather bizarre and along with his equally strange friends (along with their impromptu singing sessions), all seem on another planet never mind trying to save this one. Also his attitude is all rather forceful to people who are not interested in the points he is trying to make. Danny would rather walk away than try and give a respectable answer.

The documentary also follows founders Tommy & Leona, who seem to have a bit more interest in the other things in life and would rather put their point across than just getting their clothes off. We are still treated to a couple of “love-making” sessions, one of them in front of an audience who are chanting and singing at the same time.

Once the team decide to go off to the Amazon then the documentary truly shows them up for being chancers. Here they go to a village in Peru and try to explain who they are yet the villagers are incredibly sceptical and eventually things get very heated. It is the only true moment in the film that we found interesting.

One of the major problems with the documentary is the way it has been filmed, hand-held camera’s are all being used in filming nowadays so we are aware of the quality. Yet this looks like it was made in the mid-90’s. Its very grainy and the night time shots are so dark it’s difficult to know what is going on.

The other big issue with the documentary is that even with the narrative voice-over it’s never clear what the charity actual do with the money they have accumulated, and who they are donating it to. If we are making a documentary about our charity one of the main things we would want is to get our message across and this never really happens here until right to the very end – by which time we were beyond interested.

Fuck For Forest, as a charity, is an interesting idea, but as a documentary it misses every perceivable opportunity to put across their points. Also, all the main people involved are rather unlike-able, and we never warmed to any of them.

In this article:Fuck For Forest