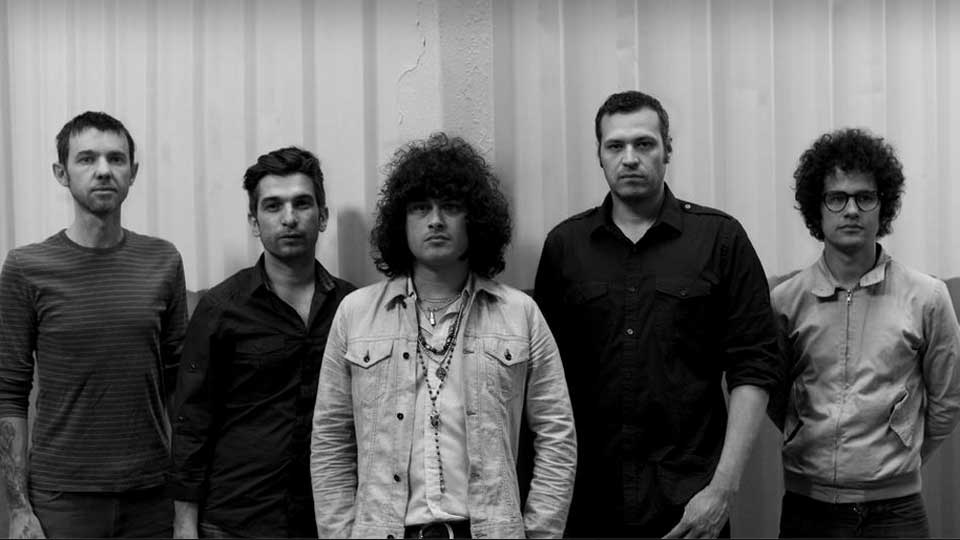 This album is the first in a re-release campaign by Transgressive records. The special thing about the release of Relationship Of Command this time around, is that it is now available on vinyl. Listening to music played on vinyl makes for a very unique listening experience and an overall better, rugged and real sound. The release of the album on vinyl could not come at a more apt moment, seeing as it was Record Store Day on Saturday, April 20th. Downloading may be the dominating force in sales these days, but music lovers have an overwhelming attachment and fondness for vinyl, so we’re hoping that releases of this nature definitely continue into the future. Of the re-issues of the album, founding member and guitarist Jim Ward states: “It was interesting to revisit the recordings that bookended the first chapters of our band. The earnest and pure excitement of the beginning and the level of craftmanship we achieved by Relationship of Command leaves me nothing but proud. I am happy these records have found their way to continue to feel new as people discover music they love and embrace our work.”

We must admit that we haven’t really listened to the album a lot in the past decade, so revisiting this album makes us feel a bit nostalgic. This album is perfect for every angry, fed-up, anti-authority teenager in the land and perhaps for some adults with the same feeling! Arcarsenal is the album opener, which features an impressive nearly minute long music entrance and once the vocals kick in, you’ll know about it, as the vocals enter with a massive shocking, shouting, stream of complete anger and this feeling continues until the song finishes, with a sound as if someone has taken the plug out of the electric guitar at the end of the song. Upon its original release, the album was critically acclaimed and was a firm favourite amongst post-hardcore rock fans. The rest of the songs on the album such as Sleepwalk Capsules, Invalid Litter Dept. and Mannequin Republic all have that similar sounding hardcore ruggedness. What is interesting is, that this is the album that was presented to the public after being ‘glossed over’ by the producers of the album. The band stated that the original versions of the songs were a whole lot more rugged and thrashy than this record even allows us to hear, which is quite a scary thought!

Quarantined sounds just as good as it did back in 2000 when it was first released, it has some very melodic tones and some interesting elements to it, which makes it a stand out track. Iggy Pop makes an appearance of a few of the songs too, on Rolodex Propaganda and Enfilade, which add a nice touch to the overall sound of the songs. Non-Zero Possibility sees them sounding as less stroppy and and almost in a ballad type of sensibility, as it is stripped down, slow and smooth, well, as much of a ballad as we’re going to get from them, it’s a gorgeous way to gravitate towards the end of the album! Of course they were never going to be that nice to the listener, how dare we think that they would want us to listen to a slow song to finish the album off? So here they are with the album closer Catacombe, angry, full of drum bashing, an absolute destructive sounding tornado of a track, demolishing everything in its path, what a great way to finish, we would expect nothing less from them!

If you love post-hardcore, rock music with a lot of rawness and edge, then you must check out this album, which often features in those lists of ‘albums you must own’. The album definitely isn’t for everyone and will be for a very niche audience, however it is one of the leading albums ever released in their genre. Check it out on vinyl if you can. Just don’t turn it up too loud and upset your neighbours!

Advertisement. Scroll to continue reading.
In this article:At The Drive In