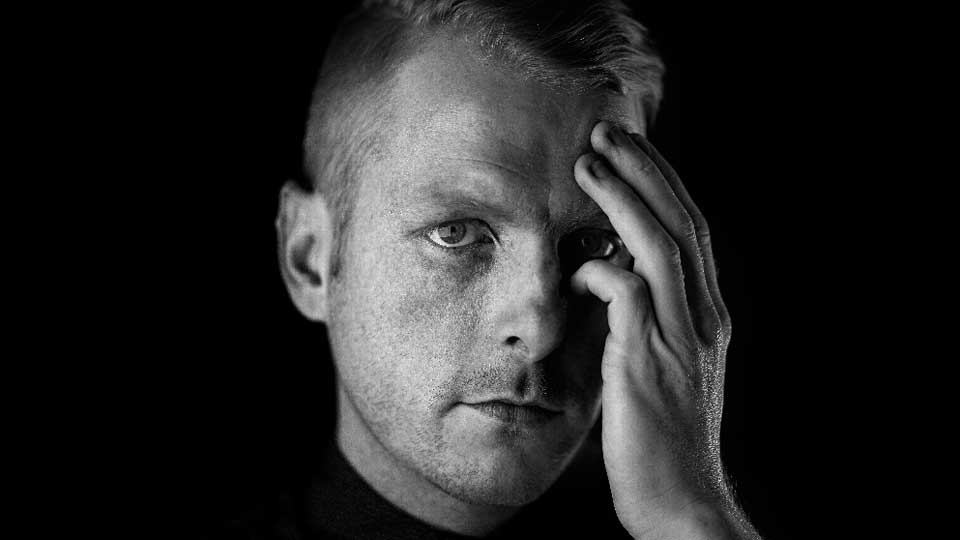 Upon Ayr is the debut album from Fletcher. The album opens with an ode to the sadness of Jack Kerouac’s legacy. It’s an unusual album as it features a range of diverse topics, including painting the scene of Polynesian whale myths, 1920’s synchronised swimming mermaid’s dream and the death throes of a love affair. The album was recorded and produced by Fletcher in various parts of the world, including Sydney (‘stolen’ studio time in a university), London (in his bathroom and Urchin Studios) and in Stockholm (Decibel Studios, before being mastered in Berlin. The album was written over two years, whilst Fletcher was on tour playing bass, guitar and keyboards with friend and fellow Australian artist Sarah Blasko.

It’s Coming For Us it the first song that we listen to, the song has a pretty mellow feel with some nice moments, but a part of the song that hits us is some piercing and haunting vocals when the ‘ooooohhh ahhhhh’ creeps in, which is genuinely quite spooky. The song then kicks back to being in the original mellow state, but those ‘ooooh aaaahhh’ creeps back in and spooks us out a bit too much when we heard them again, that we’re afraid that we had to skip to the next track! Open Up is a song that is quite a simple and uncomplicated sound, with some nice study drum beats, which we could imagine clapping along to in a concert, it’s quite a folky track with a lot of soul-searching lyrics. Dance To The End of The Night opens up with an acoustic offering, in a similar vein to Bob Dylan and that is the feel that the song gives us, half way into the track, there are some lovely warm female vocals, but we feel like the guitar is a little scratchy sounding between chords at times. Simple Life is a duet with a female vocal (Sarah Blasko, who he toured with) and it has a very gentle feel, although it makes us feel a little depressed with the tone of the song, as it is a rather dreary. Strangers Sleeping In The Same Bed is our favourite of the album, as it has some variety to it’s tune, with some interesting parts to it.

The overall feel to this album is pretty gloomy, even though the songwriting is very good. We can see that a lot of people will like the album, but for us it’s just a little bit too stripped down and sad sounding. It’s a pretty dark record and the songs are dominated by the sound of a guitar and some dark lyrics and moody vocals. The guitar drives it’s way through some original storytelling tracks and the female vocals warm up some very sad sounding sounds. It’s not really the type of record that you want to finish your weekend with, seeing as tomorrow is Monday and it’s another five days until the weekend! The album won’t lift your spirits, but will make you scratch your head, ponder, think, smile and experience a wide range of somewhat confused moments. A very original record, but just a bit too sad sounding for us!