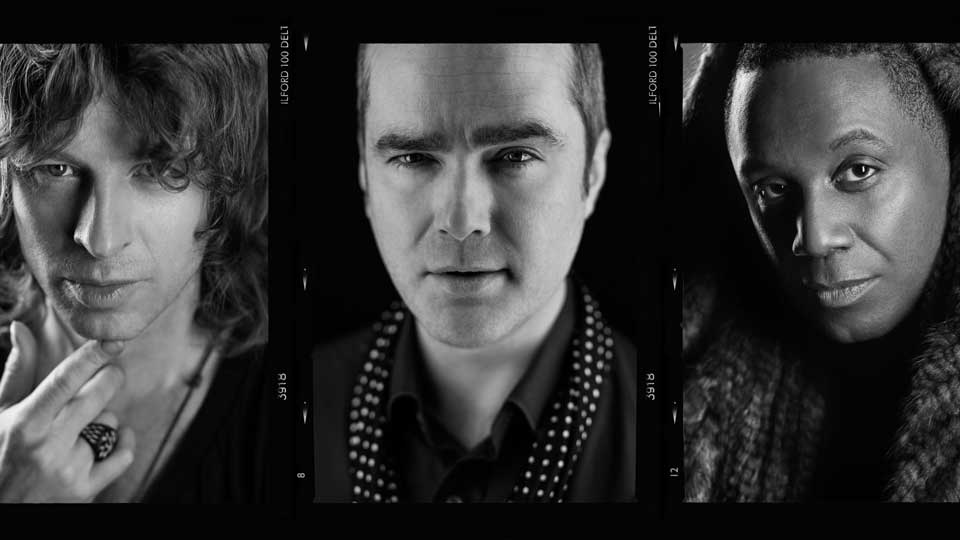 The Brand New Heavies built their reputation and came together as a band, on the 80s London club circuit. They were the slower-paced and more soulful counterpart of the genre that was known as acid house, which also spawned bands such as Jamiroquai and Galliano.

Now a British music institution, the band have been around for an incredible quarter of a century! Their unique blend of jazz, soul and funk has entertained countless fans all over the world and their live gigs show no sign of stopping.

We caught up with Simon Bartholomew from the band, to see what they have been up to since their last album, what the year ahead holds for them, what we can expect from the new album.

Hi guys, how are you all today?

We’re good! We’re excited to be playing in Girona in Spain, tonight (Friday 15th March). It’s a sold out show and we’ve got some new tunes to blast!

You’re back with a new album, which is your first full studio album in over six years. Where have you been and what have you been up to in that time?

A universe of things has been hapening! A whole personnel change surrounding the band has breathed new energy into our world. We’ve got a great team now and we’ve been doing shows around the world. There are babies around now and there has been a house move and we’ve even been learning the Mandolin… (maybe the last one is a little untrue!)

What is the feel of the new album?

The feel is good! I’d rather hear how other people feel from it. It has a number of different styles, but all with a classic Heavies tinge. It’s organic in a way, but not in a compost sort of a way!

Do you have any favourite songs on there, or are there any in particular that stand out for you?

There’s a lot of variation and different tracks stand out for different reasons. Some are more radio friendly, others instrumental. I can’t really say, because each one has its own meaning and place, but I’ll go with tracks 1 through to 14!

What was your favourite moment of recording the new album?

It was a crazy day when we had some fans come into to the studio. We listened to some stuff we’d finished and someone cried (in a good way!). Corks popped! We all marched around a microphonce, clapping and whooping. You can hear it on the record, it was a lot of fun.

How has the music scene changed since your early days?

We now have CD’s hip hop and house music! The internet has been nothing short of revolutionary. Of all the changes that we’ve all seen, it remains a fact that live music is as strong as ever, which is great for us as a musician/instrument based band.

What do you think of the current British music scene today?

The Musicians Union have fought for it to be easier to put bands on in public places, bars etc. This is great for Britain, because the best music emanates from the streets. There are so many bands and it seems that with the internet everyone can be heard, so it’s great in many ways.

Early in your career, you mention being inspired by the likes of James Brown, The Meters and Donald Byrd. Who inspires you these days?

Between the three of us, we listen to many different things. They all have an influence on us and sometimes in very subtle ways.

What is your favourite song in your back-catalogue to play live and why?

Gimme One Of Those, because of the mental guitar solo!

N’Dea joined back with the group in 2006, why do you think people made such a big deal in dramatising the changeovers in vocalists?

I’m not sure. We’ve worked with many vocalists and in the shows we think that people want to have a good time and feel our particular energy. The three guys and our band make the sound and we always have quality singers so there’s never been a massive problem there.

The Brand New Heavies have been a part of the British music scene for over a quarter of a century now, what do you think is the secret of your longevity?

I guess not fighting with each other. We get cheesed off, but nothing major. It’s our life in funk and we wouldn’t jeopordise that!

Do you see yourselves still gigging and touring around the world when you are in your sixties, like the Rolling Stones?

Pass the carrot juice and the respirator, we’re on in 10 minutes! Tonight we’re gonna party like it’s 2028. Absolutely, if people want it, we’ll give it!

Ouch, the world is so different now. Good management, read your contracts, stick to your guns and stay true to what you believe and have as good a time as possible without falling over in front of your Mum!

You obviously have a loyal fan-base, who have followed you as a band for many years, what’s the nicest thing a fan has ever done/given you?

Acceptance is a great gift! People coming to shows is a gift for us. We’re quite good friends with a few fans and they love music as much as we do.

What’s your favourite part of touring and playing live?

The food and the shows. Not the long hours travelling – it’s not all glitter ! Also meeting people who’ve come to see us.

What’s the best gig that you’ve ever done?

Tonight’s! There’s been so many over the years it’s hard to narrow it down, but The Pogoing in Paris and The Moscow Mules in Bali were particularly good. A guy proposed to his wife, on stage not long ago, too!

What does the summer hold for you as a band?

Gigs all over the world and promoting the new album Forward. We’re thinking of recording an instrumental funk album too.

Where can we see you performing live, next ?

What are your goals and aspirations for the year?

Advertisement. Scroll to continue reading.
In this article:Simon Bartholomew, The Brand New Heavies