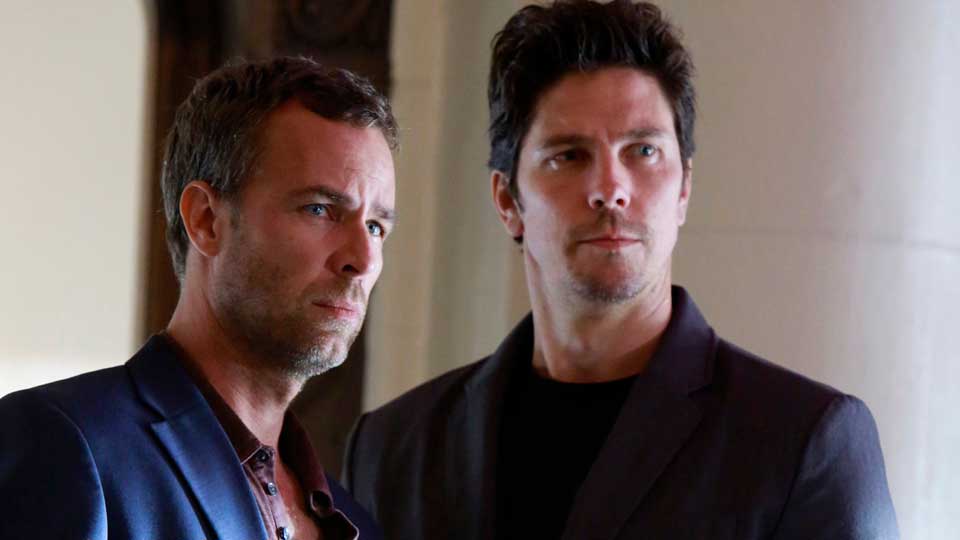 If you’ve been watching Revenge this season you’ll have noticed the introduction of two new bad guys Nate Ryan (Michael Trucco) and Kenny Ryan (J.R. Bourne). Once again it seems like we’re falling for the bad guys doesn’t it?

Even though the brothers are being very underhand towards Jack and faux-Manda, we still think they’re hot. We wouldn’t kick them out of bed that’s for sure.

Here’s a picture of them looking mean and moody from tomorrow’s episode which airs at 9pm on E4. Yum.