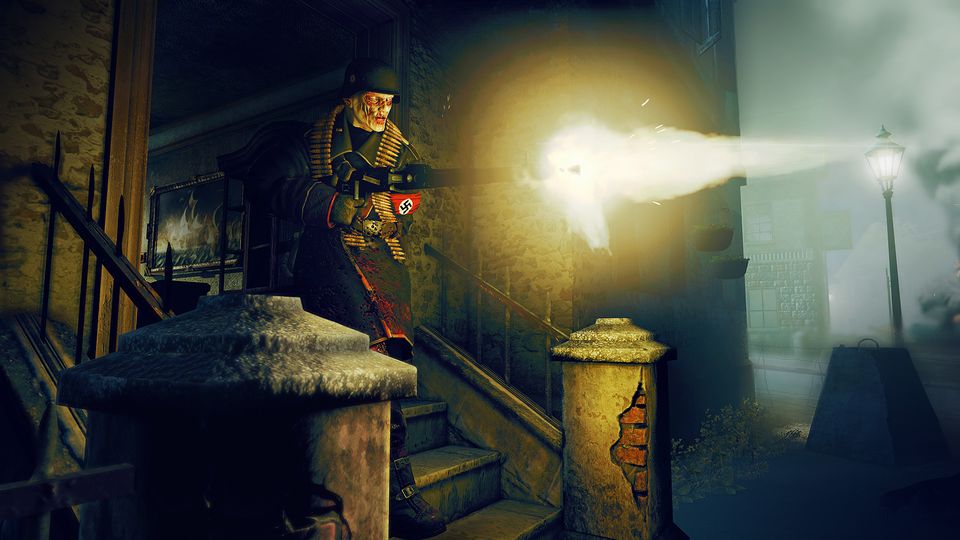 Rebellion is very proud to announce that Nazi Zombie Army, the latest game in the award-winning Sniper Elite series, is now available on Steam.

The game takes the World War Two setting of Sniper Elite V2 and ramps up the horror as Hitler deploys his most terrifying weapon in a last ditch attempt to win the war. Berlin is transformed into a nightmarish world of shuffling zombies. But amidst this army of death lies entities that are altogether more deadly.

Featuring four-player co-op for the first time in the series, and with an updated zombie version of the critically-acclaimed Kill Cam – dubbed the UnKill Cam. Nazi Zombie Army is the perfect game to enjoy with up to three friends as you fight for survival in a terrifying occult war.

[quote by=”Jason Kingsley, Rebellion CEO”]Nazi Zombie Army is finally here and we’re absolutely delighted with how we’ve been able to bring this new chapter to Sniper Elite on PC. We’ve self-published NZA as a stand-alone title, which has been enormously satisfying, and the response from both Sniper Elite fans and other gamers alike is fantastic. The whole new co-op focused campaign means you can enjoy blowing away demonic hordes with friends who might not already own Sniper Elite V2.[/quote]

Greg Ellwoodhttp://www.entertainment-focus.com
Greg is the Deputy Editor of Entertainment Focus. He writes about Games, Tech and TV. You can find him on Xbox/PSN/Steam as Tahllian.
Previous article
Nordic Games announces Deadfall Adventures
Next article
Metro Last Light will shine from May 2013