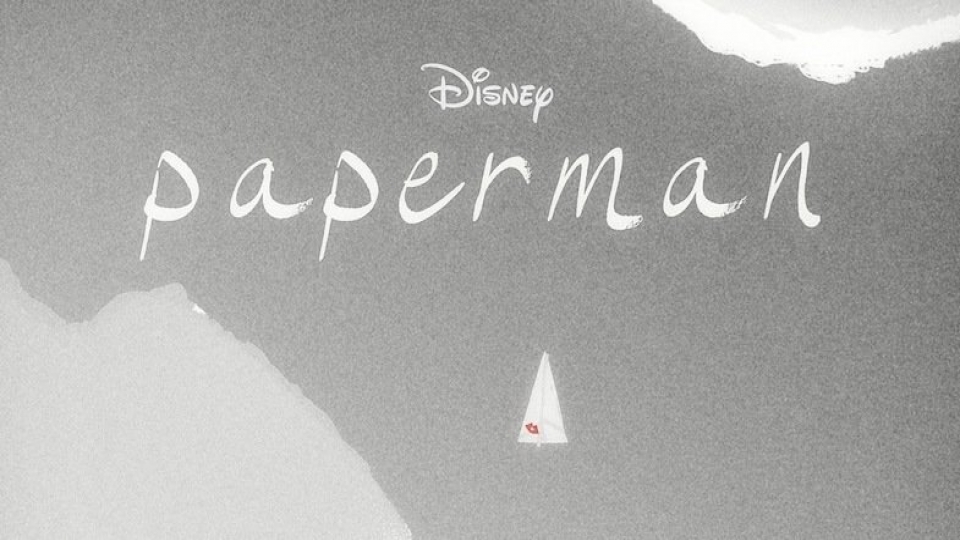 Walt Disney Animation Studios have released Paperman, the much-loved and ground-breaking short film, onto YouTube. Combining the best of the computer-generated and hand-drawn animation worlds, this delightful short made a UK theatrical début at last year’s London Film Festival. It will also be placed in front of Wreck-It Ralph, a hilarious, arcade-game-hopping adventure that hits UK cinemas on February 8th, 2013.

Taking the art of animation in a bold new direction, Paperman is directed by John Kahrs and produced by Kristina Reed. Using a minimalist black-and-white style, the short follows the story of a lonely young man in mid-century New York City, whose destiny takes an unexpected turn after a chance meeting with a beautiful woman on his morning commute.

Convinced the girl of his dreams is gone forever, he gets a second chance when he spots her in a skyscraper window across the avenue from his office. With only his heart, imagination and a stack of papers to get her attention, his efforts are no match for what fate has in store for him.

Kahrs, a veteran animator who joined Walt Disney Animation Studios in 2007, led an innovative team of 2D and CG artists who used a proprietary program called Meander to create the short. Employing a technique called final line advection, artists were able to add a level of grace and expressiveness never before seen in an animated film.