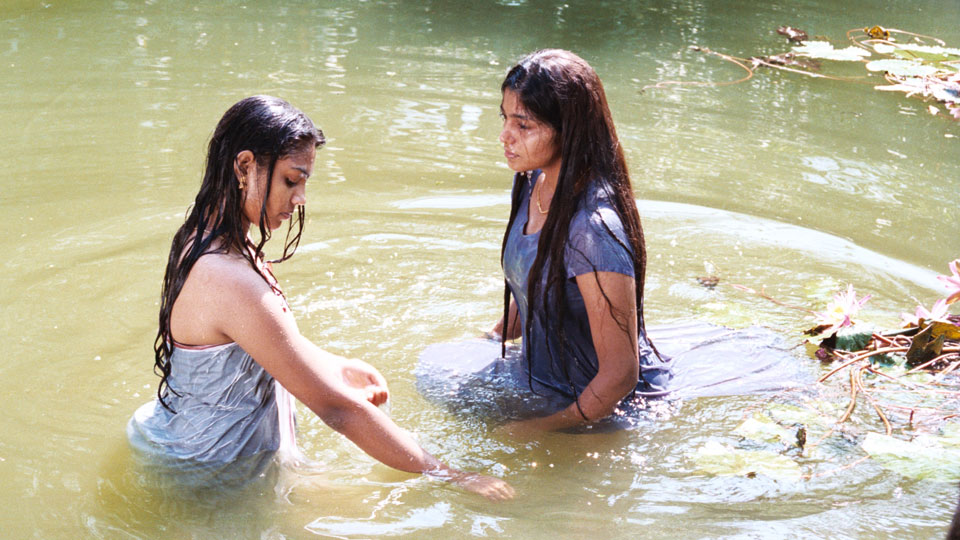 Kiran (Suhasini V. Nair) and Delilah (Shrruiti Menon) become close friends at a young age. As they grow-up together their friendship turns into love as they begin to confront the feelings they have for one another. Having to keep their love secret due to social taboos and their differing religions, one is Hindu and the other Catholic, the two women struggle to continue their relationship a secret as pressure from Delilah’s parents mount for her to agree to an arranged marriage. Can the two women keep their relationship secret?

The Journey is a Malayalam film written and directed by Ligy. J. Pullappally. Inspired by her short film Uli and a true story, The Journey was originally released in 2004. The movie is getting a DVD re-release courtesy of Peccadillo Pictures but does it stand the test of time?

After watching The Journey it’s easy to understand how ground-breaking the movie would have been on its initial release. Homosexuality in India isn’t something that is accepted in society and the same social taboos exist today. Looking at the film from a Western perspective it seems remarkable that this could ever have caused a fuss but that’s the advantage of living in a country that is more liberal and open-minded. Kiran and Delilah barely share any intimacy on screen during The Journey with much of it hinted rather than shown. The sole exception is a scene where the two women share a kiss in the jungle which ultimately becomes the unravelling of their affair.

Whilst we can appreciate that The Journey is a bold film, we couldn’t help but feel it was missing something. The story is slow to unfold and not a great deal actually happens. Pullappally chooses to tell her story with such simplicity that the whole film is too understated with little character development and no real sense of surprise when the inevitable happens; after all if the two women didn’t get caught what would be the point in the movie?

The performances, whilst adequate, don’t knock your socks off. Everyone involved does a decent job but that’s part of the problem; you end the film thinking ‘well that was nice’ but you don’t feel any emotional connection to the story.

The Journey may have been bold upon its initial release but we found it a little underwhelming. Whilst we admire Pullappally’s bravery to tackle such a taboo subject, we didn’t feel it went far enough and the story could have been better fleshed out. The Journey left us disappointed and the irony is that we didn’t feel we’d particularly gone on a journey to anywhere over the course of the film’s running time.