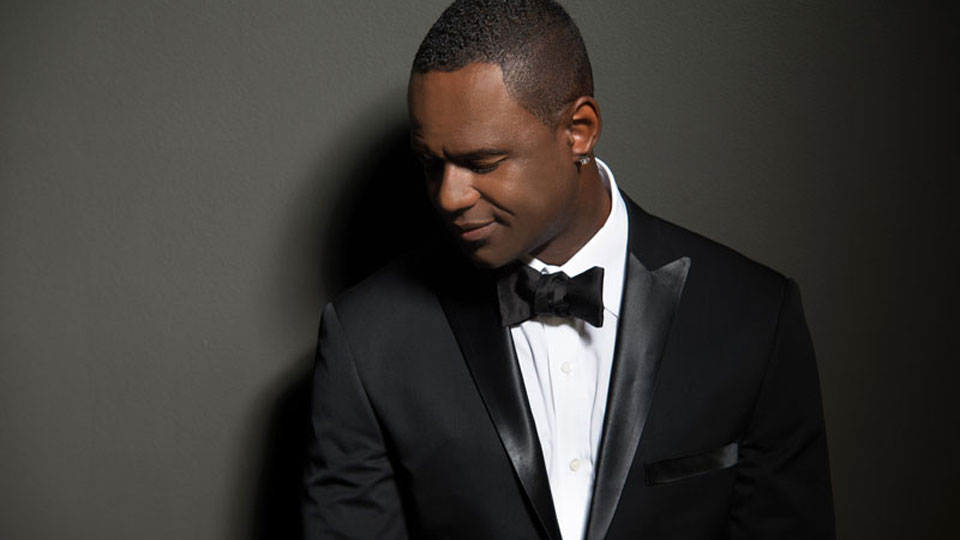 Brian McKnight. 16 time Grammy nominated American singer-songwriter, producer, and multi-instrumentalist has just played a few nights at Camden’s Jazz Café, as part of his European tour – which takes him to Paris on Sunday, as his next stop.

The Jazz Café is an intimate venue, based in the heart of London’s Camden town. Camden has long been held as the music centre of London, brimming with talented artists and up-and coming artists playing the venues daily. From the Roundhouse, to the Barfly and The Dublin Castle, Camden has always been a metropolis for the creative crowd – famous as being the playground for Amy Winehouse, Blur, Madness and Oasis, during the height of their stardom.

Last night, Camden welcomed Brian McKnight. Brian opened up his set with Queen’s Another One Bites the Dust – with added funk. So much added funk! He looked so cool as he took to the stage in his leather jacket and took control of his bass guitar in his hands, making eye-contact with the crowd and seducing them as he moved his hips from side to side, in time to the song. A perfect opener. He was enjoying himself and the crowd were enjoyed watching. Everyone was smiling.

He told us the story that went behind some of his songs. He took us back to high school, where as a shy teenage boy, he nervously asked a girl to dance with him – and then wrote a song about it. He told his stories to us with comic expressions, realness and he entertained the crowd.

“Let’s see who the real Brian McKnight fans are”, he announced – as he took us through a collection of songs from his fourteen album back-catalogue – which is soon to be fifteen – with the release of his new album More Than Words, which is to be released in the UK, in March. His fans were certainly there! Some having travelled from all over the UK to be there, which was so lovely to see. “I’m in love with him”, “I’ve come all the way from Sheffield to see him”! “Isn’t he just gorgeous!”, “Look at his arms, he is so hot”! “Oh, I just LOVE this song, this is perfect – I love him”. If we could have bottled their happiness and we were able to sell it, the world would be a much better and happier place.

He performed Sweeter, taken from his forthcoming album and it is one that his long-time fans will love, with its heartfelt and touching lyrics and melodic and smooth vibe.  It has already been the most added song at urban radio stations across the USA, and is growing rapidly in plays each day. It seems that everyone cannot wait to get their hands on his latest album, upon its release.

Brian has toured successfully for over ten years and he is the perfect singer-songwriter. A man who loves music, makes music from the heart and who is not afraid to do so. Before he went on-stage, he told us that he loves playing at smaller, more intimate venue’s like The Jazz Café, as he is able to take requests, interact with the audience and reach out to his fans, which he did, literally. He scanned the room and asked the ladies if there were any single ladies in the room – there were a few hands flying straight up in the air and giggles a-plenty. “I’ll be your man for this tonight” he told them, before bringing up a lucky lady to the stage and serenading her.

We were totally in awe as we watched him performing his songs. He is so smooth. His persona is content, warm, friendly with a gentleman-y flirtatious vibe and he is also a very funny man. An incredible talent with an amazing voice – and hearing that famous falsetto live, is dream-like. A total delight.