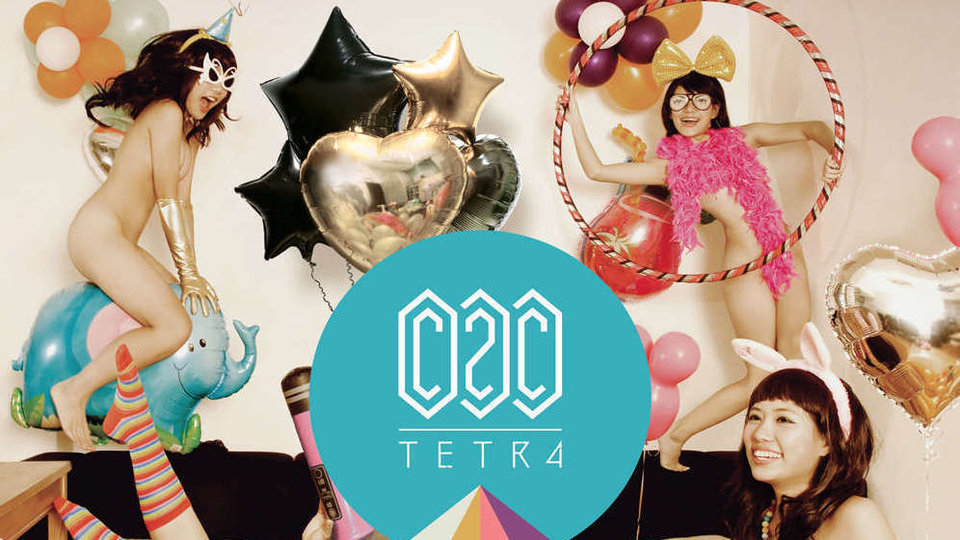 C2C met in high school and the foursome started their amazing journey through music. Along with a very unique performing style the band won not only once but four times the DMC World Competition.

EF couldn’t resist the chance to find out more about this unique band.

Very glad to be in london today !

Where does this Q&A find you then?

We are in the tour bus, in front of the venue

You’ve ranked #1 in the DMC World Competition four times in a row! That’s impressive. Can you tell us where the jazzy influences in your music come from?

While watching a lot of competition before, we noticed it was often the same musical style, break beat, very common. We thought that it would be a good thing to bring something more original, something never done before this is how the idea came to us, we have always been influenced by ‘black music’ and have also chosen to also included various original genres to our set. (bossa nova, blues, …)

You like to use unconventional instruments, can you tell us what your favourite ones are and where you got the idea from?

It’s while looking for unconventional compositions that we get to these kind of instruments. Our sound is based on this confrontation of  sounds from different places and various times.

You are doing well in the French electronic scene. What are the major differences between the UK and France in terms of electronic music?

In France often the bass is less in the forefront. The uk electro sound is often very heavily produced, based on a big energy, the french producers tend to focus more on the melodies and the emotions.

You have just announced an album for 2013. How long did it take to record?

Around 2 years, between the creation and the live production.

When you are writing music what is the most important aspect of the process to you?

As we are a band, pretty rare in electro music, our approach is collective and we must all agree on a track before choosing to work on it.
Often the groove and the sound of the rhythmics are the backbone of the tracks, coming from our hip hop origins.
We actually record all of the music with musicians, we then sample these sounds and play them through our turntables to give the music the C2C ‘feel’.

You also have interesting live shows. Can you tell us about it?

We wish to show a innovative scenography, breaking the traditional codes of the DJ stuck behind his turntables.
That’s why we move on stage, we’ve also added gimmicks with our instruments. But the most innovative part of the show is the fact that we are scratching video as well as audio.
Each of us has a led screen in front of him that he controls with his turntable, all together the 4 screens create the visual narration of the show.

You’ve been on the road. Do you have any anecdotes you can tell us?

One of the craziest souvenir of the tour was at the pukkelpop festival in Belgium, 5 minutes before entering the stage the crowd stated singing the Marseillaise (French Anthem).
That was quite unexpected!

When will you be back in the UK?

As soon as possible !

What will you next release be? Can you tell us a little about it?

In the uk it’s the Album : TETRA and possible surprises coming before then

Thank you very much for your time.