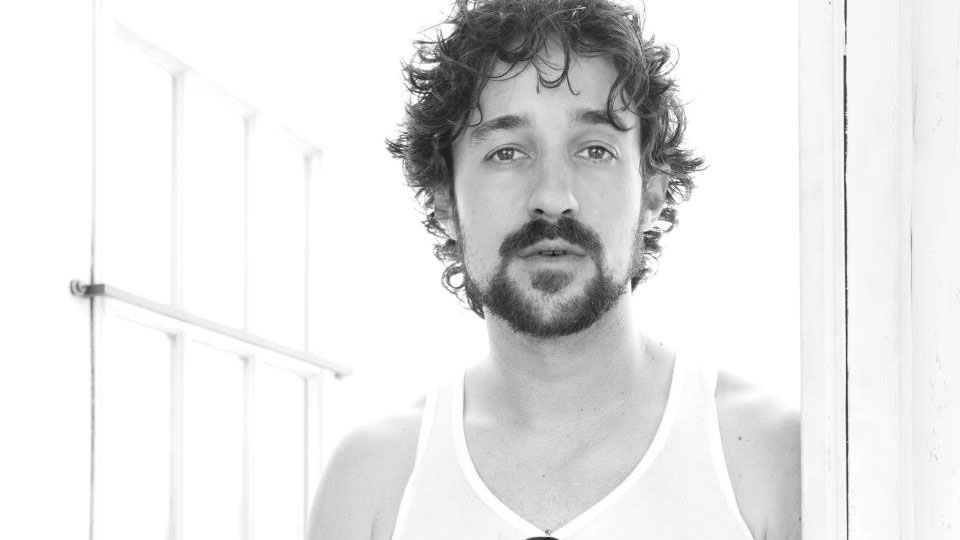 Thomas Ian Nicholas is best-known for his role as Kevin in the hit American Pie series. What a lot of people may not know if that Thomas is the lead vocalist in his own band Thomas Nicholas Band. Whilst building up his work as an actor, Thomas has also been writing, recording and performing his own music for the last 16 years. With his new EP currently on iTunes, TNB, Thomas performed his first ever London gig last night in support of Jay Brannan at London’s The Garage.

For his London debut Thomas took to the stage solo for a 40 minute set showcasing songs from his EP and his two studio albums. Explaining that his band hadn’t been able to make it to the UK with him, he also informed that crowd that he convinced Jay to add him to the bill last minute after discovering he’d be in the UK promoting American Pie Reunion.

As with any actor turning to music, the crowd started off perhaps a little sceptical but as soon as Thomas launched into set opener Better Off Alone he grabbed everyone’s attention. Sporting a voice brimming with rock attitude, he impressed the crowd with his genuinely powerful vocals and impressive guitar skills.

Across the set Thomas showed variety with his original material and his choice of covers. The punchy defiance of anthemic My Generation (which features on the American Pie Reunion soundtrack) was an early highlight whilst the Sound Garden-esque Without Warning really showcased Thomas’ voice. At one point he stepped away from the mic and you could still hear his voice crystal clear; that’s what we call a powerful vocal!

The two covers for the evening were James’ hit Laid, which featured in the American Pie movies, and Foo Fighters’ classic Everlong. Thomas put his own spin on both songs fitting them neatly into his style.  You Don’t Know was announced as Thomas’ last song for the evening and was one of the poppier moments of the set. With a strong hook, the song has a real commercial edge that would make it perfect for radio.

After receiving screams from the audience for more Thomas checked he was allowed to continue and performed one last song. Picking Heroes Are Human, the title track from his second album, Thomas brought his set to a close marking an utter triumph for his debut. Looking genuinely overwhelmed with the reaction he received, Thomas bid farewell.

Judging from the reaction that Thomas received last night we don’t think it’ll be long before he’s back in the UK headlining his own gigs. His banter inbetween songs allowed the audience to get to know his personality and he came across as very warm and likeable frequently making the audience laugh. A gifted vocalist and musician, Thomas made quite the impression and we can’t wait to see him backed by his full band.