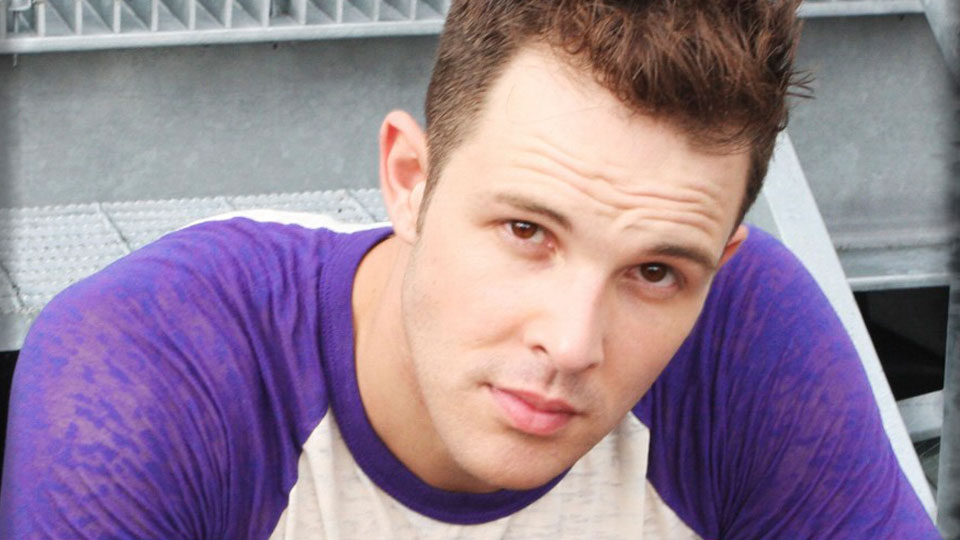 Daniel Robinson, Broadway star, actor, singer and director, was kind enough to chat to EF Editor Pip last week about his forthcoming Broadway Bares documentary and his passion for the cause it supports. Earlier this week we brought you part 1 of our interview and today we’re bringing you part 2.

In this second and final part, Daniel talks to us about his experience working on his breakthrough movie The Big Gay Musical, his love of singing and makes us feel lazy by talking about how he juggles his incredibly busy life.

Let’s talk about The Big Gay Musical. That was your big movie debut wasn’t it?

It was my big debut yeah. It was very exciting and I have to be honest I didn’t expect it to be as big as it turned out being. I’m not saying it was huge but it’s definitely had an effect on my daily life. Daily I get so many emails and it makes me feel so good. People all over the world are emailing me about how it’s changed them; how they look at religion and how they look at themselves. It’s a beautiful thing. I guess it’s just the way I was raised. A lot of people ask me about my decision to go into a movie like The Big Gay Musical – it’s out there, it’s a big title to put on your belt. At first I was a little hesitant.

My mother always told me just to be myself and not have to explain myself so I never really apologised for it. I’m a normal person and being gay doesn’t really define me. It was just a project and I felt like when I read the script it was something I could bring my own essence to. I could bring a voice to that gay person who doesn’t feel like they’re out there and big and gay and fabulous. I wanted to bring my own take to it. I feel like it’s done really amazing things for me. The documentary (Broadway Bares) is another step. Sometimes I forget that I’m an actor as well and I have these two halves. I love it and I love what I do. I couldn’t ask for a better artistic and spiritual experience. I’m very happy.

One of the things I loved about the movie is that it showed all kinds of gay people and not the safe Hollywood stereotype. I think that was really admirable.

Yeah, I agree. That’s the way it was cast which was lovely. What was really great for me was the work that went into the movie. Usually you have a director and it’s very specific what they want. Working with Casper (the director) he took a little bit of a step back and he knew we would figure it out; I think he saw that. He made the choice to step back and let us create our characters because we were all so passionate about it. We had all been in theatre work so you develop something 8 times a week. It was a really amazing. The stories of our characters really eloped and just went to a great place throughout the film. We all really got along, especially Joey Dudding my co-star, and we spent a lot of time reading, figuring out what we wanted to say and making sure we didn’t play to the gay stereotype. We made sure we were really us and it was a really great experience for us.

Was it as much fun to film as it looked?

Yeah it was. It was really fun. It was hard I have to admit because I was doing Hairspray at the time, I was in a Broadway production, and I was doing that 8 shows a week as well as filming the movie. I don’t really remember a lot of filming because it was so fast. I would go to work then I’d go film, I’d go to work then I’d go film. Every waking moment I was on stage or on film. It was so fast. You had to be in your underwear so you’re trying to eat good but not eat at times. It was like ‘I have a shirtless scene today so I have to be careful’ so there’s a lot of times that I really just don’t remember a lot of it. Not because I was starving myself but because I was so committed to the work and what went into it. I was trying to make it as best as I could make it.

When you put yourself on film it’s kind of like in stone; it’s not gonna change, the performance isn’t going to change. But when you do a performance in a Broadway show every single night you have to put in the exact same performance, if not better, every time. It was a lot more work than I expected but it was a lot of fun.

It was a great platform for you as it showed off your acting, your dancing and your singing. My favourite scene in the movie is where you sing ‘I Want To Be A Slut’. Are you planning on releasing any music?

I would love to. It’s definitely something I’ve considered. My boyfriend is actually an amazing, amazing singer and an amazing songwriter. He writes music all the time and we’ve talked about doing some stuff together. It’s project after project and I’m trying to remain sane. He has been an incredible support system for me. He’s been so supportive and so unbelievable. There’s a possibility and he’s the person that’s going to push me to do things like that and explore all options. I want to continue dancing as well.

I have a dance company that’s kind of in the mix right now that might be forming. It’s going to be more about dance media/dance film. I have a production company Daniel Robinson Productions and I’ve got a lot of dance films that are starting to develop and things are getting bigger. It’s going to always be a big part of me; being an artist, being creative and singing and dancing. It’s all going to be part of my life but it’s just in what capacity. It’s always great to stand back and inspire others to do it. To be a director and know what makes a good film and acting wise what does it bring to it and to have that eye. The best directors are people who know how to watch people and how to bring it out of them because they’ve been in that position.

Do you actually time to have a life?

Erm (thinks about it)…not right now no (laughs). For example it’s 4th July weekend and my boyfriend is with his parents and my flatmate is away with his girlfriend so I was going to be home this weekend by myself. I don’t want to relax though, I want to work because I won’t be bothered (laughs). I want to get stuff done and have a conscious streamline of work. I do have time to myself but quite honestly that time is right before I go to bed and right when I wake up. I am taking a vacation next week – I’ve been forced by my boyfriend – for 4 days to go to his parents’ house but when I get back I’ve got a zillion things. I’m filming a music video for this girl Rachelle Rak. I’m working more on the documentary and then I’m going to Pittsburgh for a dance thing.

It’s busy but you know what? I’ve accepted the fact that my life right now is my work and I love that. I’m not the guy that goes ‘let’s go to a movie and relax’. That’s not me. I wish it was but I feel better about myself and my work if I’m constantly committed to it. I always want to have my footprints in the sand. I always want people to look back and see that I did something and made a change – made a difference for the right reasons. Not just ego but to make the world better and to inspire others. Inspiring is the most important thing to me so in my free time I like to say I work because I do. I love it.

Will we ever see on stage in the West End?

I don’t know. If I had the right opportunity of course I would. I came over for The Big Gay Musical for a moment, I was actually in Wales doing a film festival, then I went to London for a week and I’d never been before. It was unbelievable and I fell in love with the city. I would love to come back. I think it’s a great city. I would love to do something in the West End, it would be incredible. Put the word out (laugh).

In this article:Broadway Bares, Daniel Robinson, The Big Gay Musical